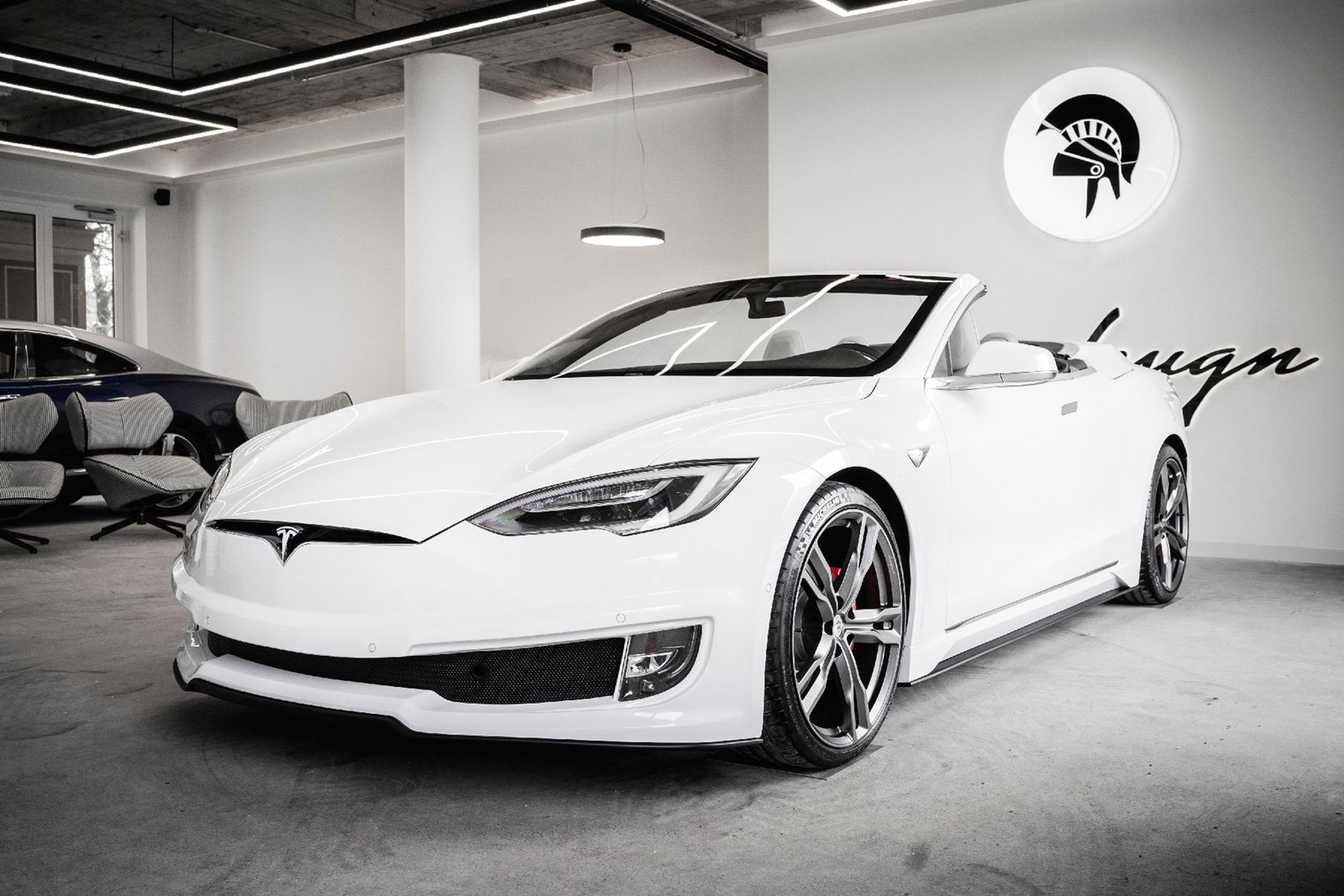 It seems one buyer could no longer wait for Tesla to deliver its new Roadster and has gone out and built a Tesla convertible of their own.

The buyer turned to Italy's Ares and commissioned a Tesla Model S-based convertible which was revealed this week.

Unlike some of the cruder Model S convertible conversions we've seen in the past, Ares' design looks like it could have rolled straight out of the Model S factory in Fremont, California.

This was no easy task. In fact, it's been almost three years since Ares first announced it was building a Model S convertible.

The process started with the removal of the roof, central B-pillars, and rear doors, after which the wheelbase was shortened and new doors fabricated to span the sides of the body. To retain the structural integrity of the chassis, reinforcements were added, particularly for the side members spanning the passenger cell.

The rear was fitted with a smaller deck with haunches that emphasize the rear wheels, and finally an automated soft-top roof was installed. The canvas roof is designed to tuck away neatly behind the rear seats. Speaking of the rear seats, they've been brought forward and give the car a sporty 2+2 layout.

Ares also added a custom carbon-fiber body kit, which would make a nice addition to a standard Model S sedan, too. The interior upgrades are also superb, particularly the hand-stitched leather in ice white and contrasted with orange piping—a combination suggested by the client.

"At Ares, our co-create philosophy allows clients to work side by side with our designers and engineers to create their very own bespoke vehicle,” Dany Bahar, CEO of Ares, said in a statement.

Ares has also previewed a Tesla Model S wagon, so anyone looking for a more practical conversion for the battery-electric sedan have an option, too.