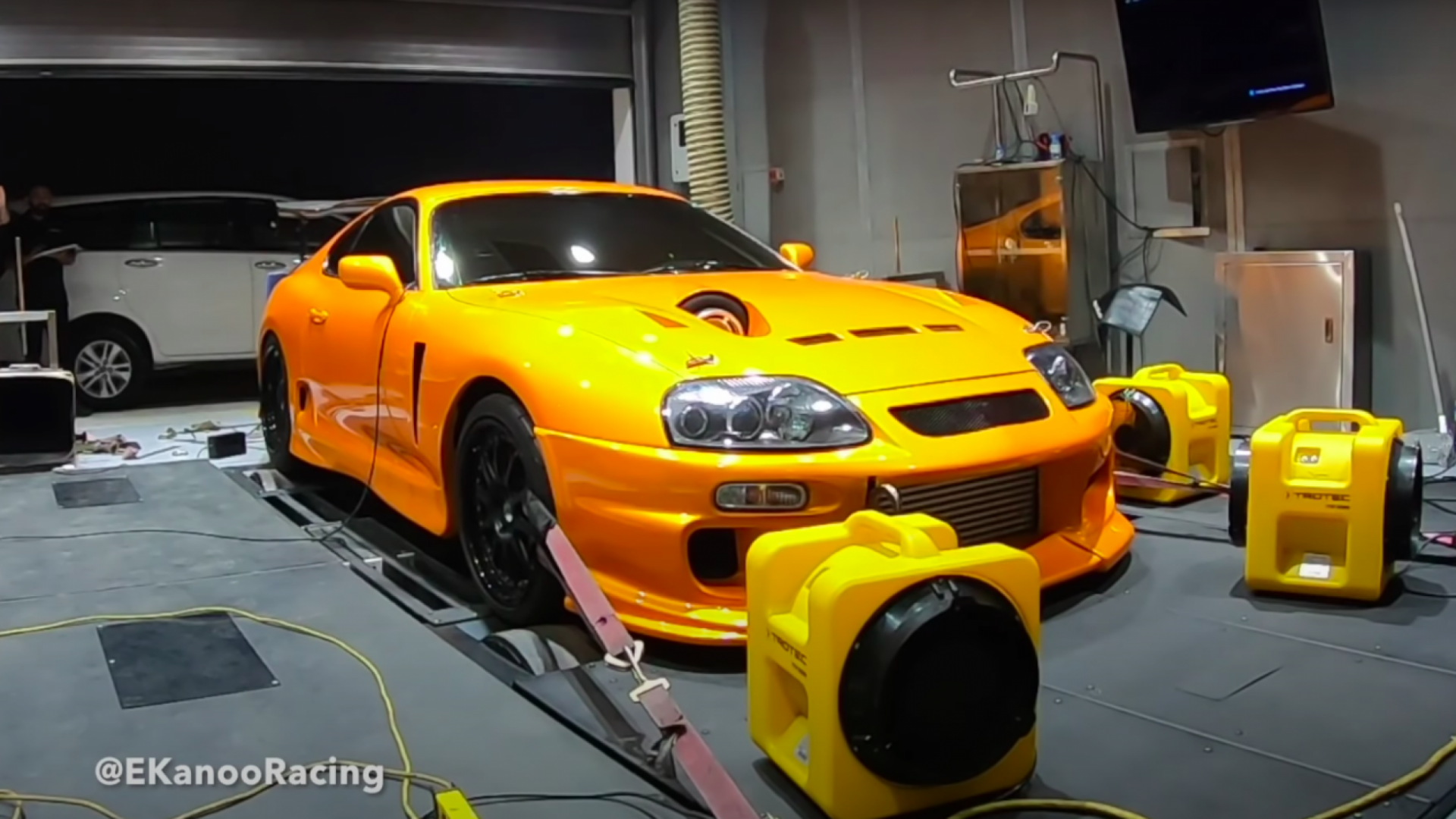 Watch as this 2,000bhp Toyota Supra tries to tear a dyno

Do you like boosting? Then we've got a video for you. But first, a brief detour into history. It won't take long.

Watch as this 2,000bhp Toyota Supra tries to tear a dyno

BMW built the craziest Formula One engine of all time in the late 1980s.
Small in size, but huge in craziness.
In a literal sense.
BMW's 1.5-litre, four-cylinder 'M12' turbo engine was cranked up to 5.3bar of boost pressure in qualifying trim, producing at least 1,400bhp in its all-or-nothing one-lap-hero timebomb setting.

We say 'at least' because no one was certain.
When the team attempted to dyno-test the engine, they discovered that the machine could only read up to 1,500bhp.
The dyno melted down as the engine reached its maximum power.
So they just assumed it had a lot of power.

EKanoo Racing, the Bahrain-based outfit already known to fans of ridiculously quick Toyota Supras, has just released this video of an A80-gen car putting out a whopping 2,033bhp on the dyno.

If you pay close attention to the video, you'll notice an error message screamed by the dyno as the car reaches full power.
“DANGER! DYNO SPEED LIMIT REACHED!” exclaims the screen.
It's a modern-day homage to 'Danger To Manifold.'

Ebrahim Kanoo, the founder of EKanoo Racing, has owned this Supra since 1993, when he used it as his college daily driver and for illegal street racing.
It is now earning its keep legally, competing for the title of fastest street-legal Supra in the world.
It's undeniably one of the most enraged-sounding 2JZs ever.
Turn up the volume to eleven for this one.