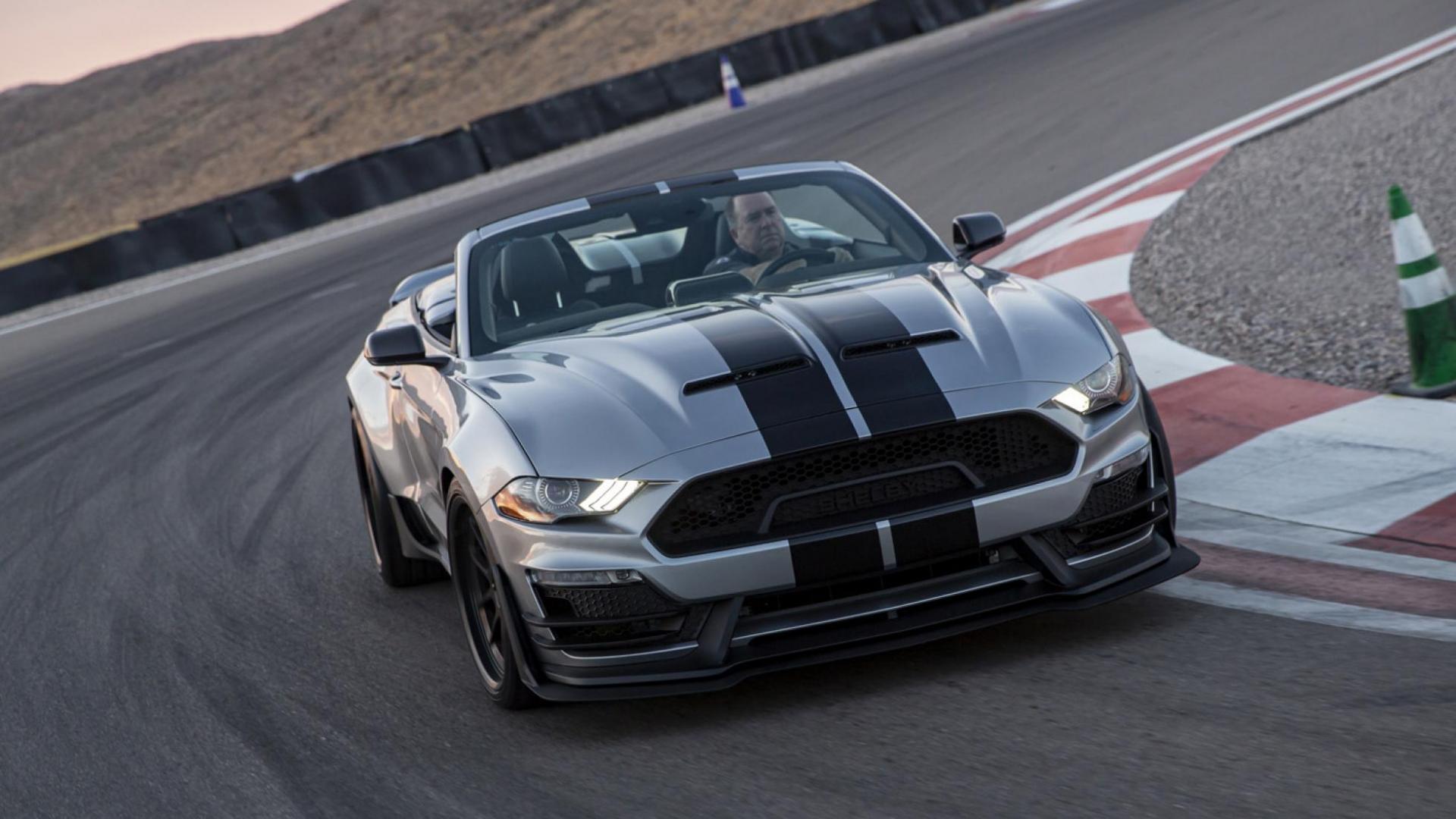 Shelby American recently announced its refreshed 2021 range of modified Ford Mustangs. Alongside updates to the Shelby GT, the GT500SE and the top spec Super Snake, though, is an all-new offering.

Internet, say hello to the Shelby Super Snake Speedster. Underneath it’s basically a ‘standard’ Super Snake. That means the 5.0-litre V8 has been fettled and fitted with a Whipple supercharger and a Borla exhaust system to produce a total of 814bhp.

There’s also Penske track suspension, fairly massive Brembo brakes and 20-inch forged aluminium wheels. Oh, and that’s not forgetting the widebody kit and the choice of an automatic or manual gearbox – the latter being fitted with a short throw mod.

Just 98 standard Super Snakes will be built this year to celebrate the 98th anniversary of Carroll Shelby’s birth, but then there’ll also be 98 Super Snake Speedsters too.

The Speedster is essentially a two-seat roadster with a hard-top tonneau, ‘unique striping’ and many special edition badges. Looks mean though, doesn’t it? Just check out that slicey front splitter.

The 0-60mph sprint is dispatched in 3.5 seconds, according to Shelby, and prices will start at $138,780 for the Speedster. Standard Super Snakes with a manual ‘box begin at $133,785, so if you like your 800bhp+ Mustangs with a bit of added breeze, the Speedster really is quite the bargain. Maybe…