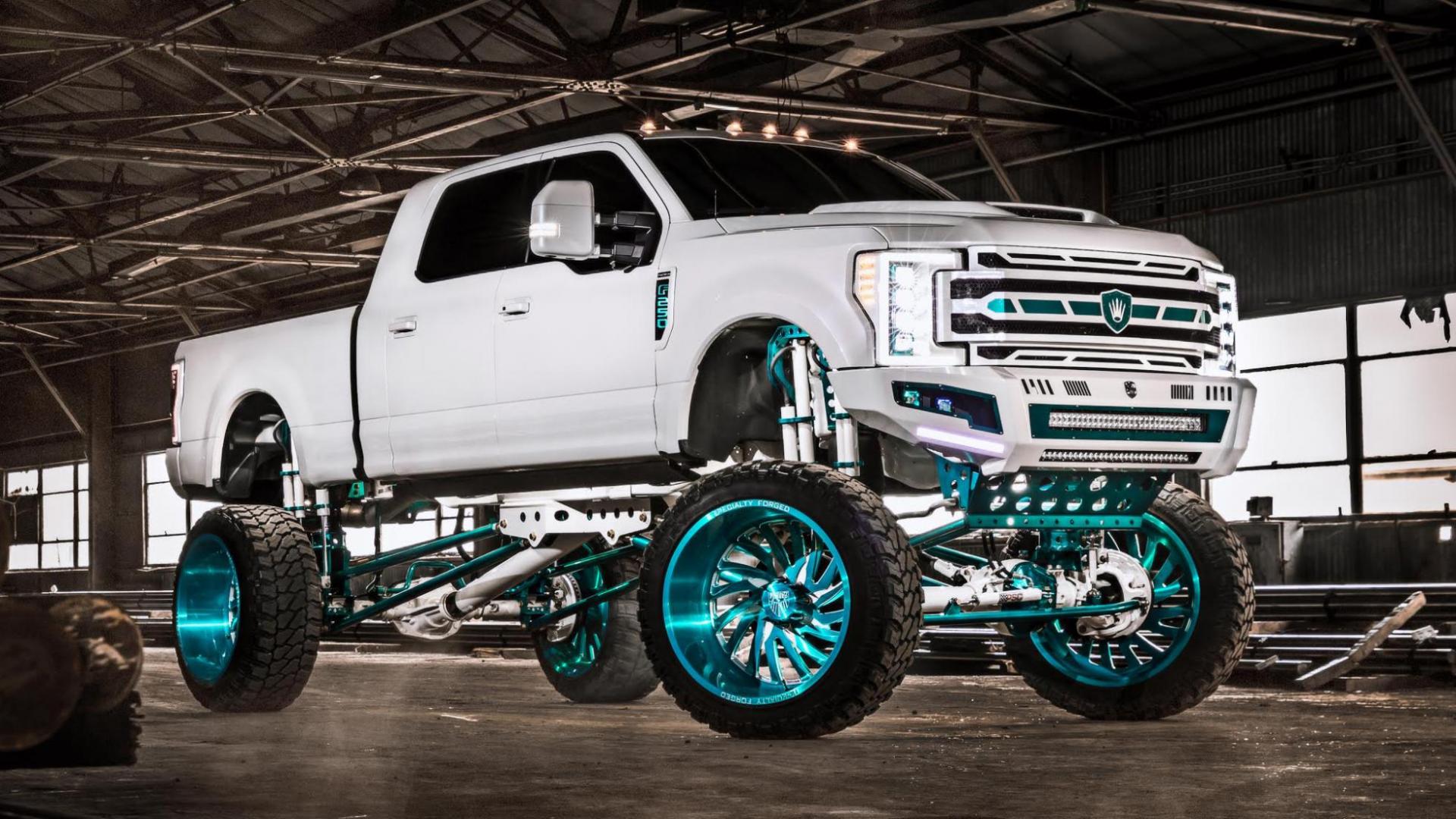 Woah, where do we start with this one? Well, for our fellow non-Americans, the Ford Super Duty F-250 Platinum is not a small truck as standard.

Certainly striking though. This particular example was built for the 2018 SEMA show by Elite Customs Auto Body in Nevada, and it was sold at the Mecum Auctions Dallas Sale.

It’s been lifted, of course, with air suspension that makes it between 14 and 16-inches taller than a standard F-250. That’s topped up with some mega 28-inch wheels wrapped in off-road tyres too. Subtle.

We’re not actually sure what else to say. This thing has left us speechless. There are custom bumpers and specially-designed interior pieces (because SEMA) as well as a giant set of speakers in the back, but good lord just look at the pictures…

Let us know in the comments below your thoughts.