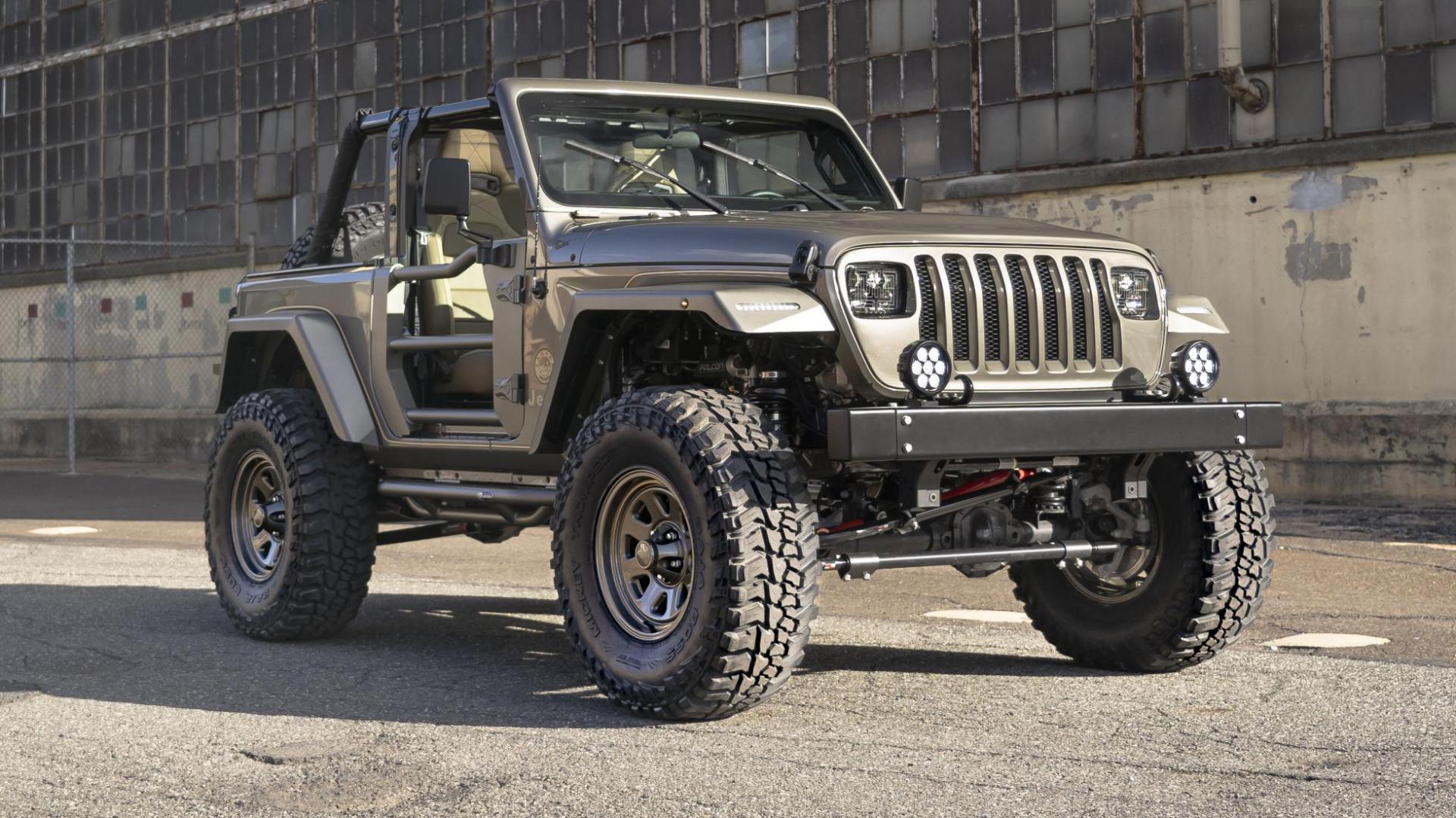 It’s a one-off, via aftermarket tuner Quadratec (itself celebrating 30 years in the business). Quadratec’s boss and founder Ted Wentz once owned a ’89 YJ Sahara and was moved to rebody a new Sahara JL in its honour.

There’s a custom front-end conversion with a ‘period correct’ rear bumper, tubular doors with ‘side armor guards’ (the latter paint matched to the car), and new arches built from 11-gauge aluminium. Should the heavens open when you’re halfway up a mountain, a new ‘Bimini Top’ provides protection.

However, we’re assured the modifications are more than surface deep. There’s a long-arm suspension lift kit and Falcon shock absorbers, providing a handy 3.5in height boost. Said boost allows for the fitment of some arresting 37in Baja-spec tyres on retro wheels fashioned by Quadratec itself, while underneath, deep inside the oily bits, there are custom driveshafts.

Really Very Bright Headlights have been fitted (oft referred to as ‘LED’) that feature a heated design so ice and snow can do one. Additional Really Very Brightness has been added via 6in round auxiliary lights. Inside, there’s the now-obligatory touchscreen (9in), Alpine audio/nav, an inclinometer, trail maps and loads more toys. The seats – custom Corbeau Trailcats – have special all-weather floor liners underneath them. Heck, it’s even got branded cup holders.

“It is very fulfilling to see a modern version of my father’s Jeep but with the spirit of the original,” said Wentz. “We shared so many great times in that YJ and I even learned to drive in it. Back then I could never have imagined we could create something today that not only takes me back to my youth but showcases what we can do for our customers.”