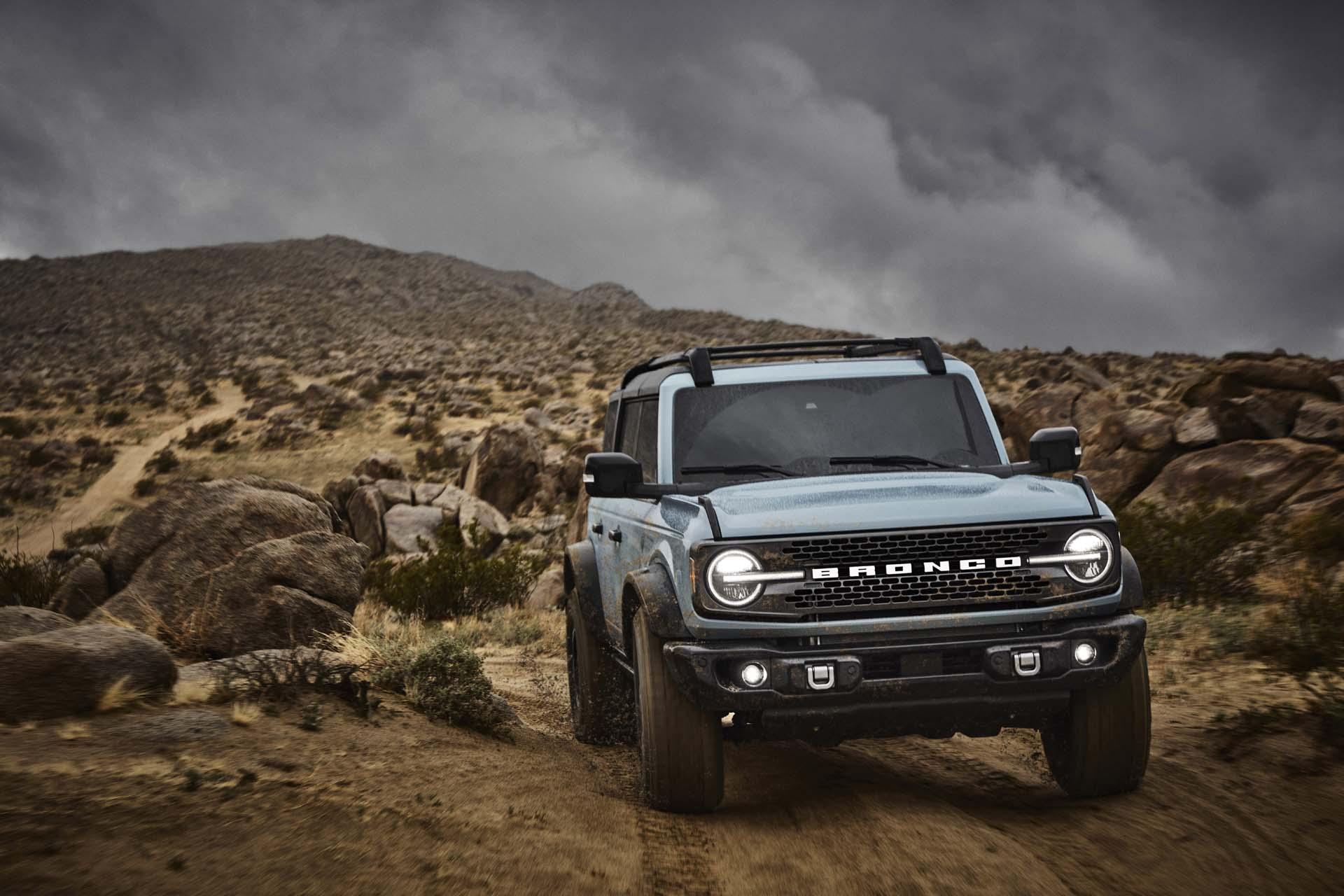 Those outputs are part of the reason why Ford didn't put a V-8 in the Bronco. The smaller engines hit internal targets for horsepower, torque, and off-road capability, the automaker previously said, and it would have been more difficult to get a V-8 like Ford's current Coyote 5.0-liter engine to meet emissions standards.

Despite not having eight cylinders, the Bronco won't be fuel efficient. Cadiz confirmed the fuel economy ratings posted on The Bronco Nation of up to 20 mpg city, 22 highway, and 21 combined with the 2.3-liter turbo-4. Opting for the 2.7-liter turbo-6 drops ratings down to 18 mpg city, 20 highway, and 19 combined, or worse, depending on the trim.

Plus, there's always the aftermarket. Shortly after the Bronco was unveiled, Hennessey announced a 758-hp supercharged V-8 version with a six-figure price tag.

As a refresher, the Bronco gets standard part-time four-wheel drive, with a full-time system available on higher trim levels. Transmission choices include a 7-speed manual and 10-speed automatic. Ford initially didn't let customers order the manual transmission with the Sasquatch package (which maxes out off-road capability), but quickly changed that due to feedback from reservation holders.

Bronco deliveries were delayed by a few months due to coronavirus-related supplier issues, but are expected to start this summer, with manual Sasquatch models following in 2022.