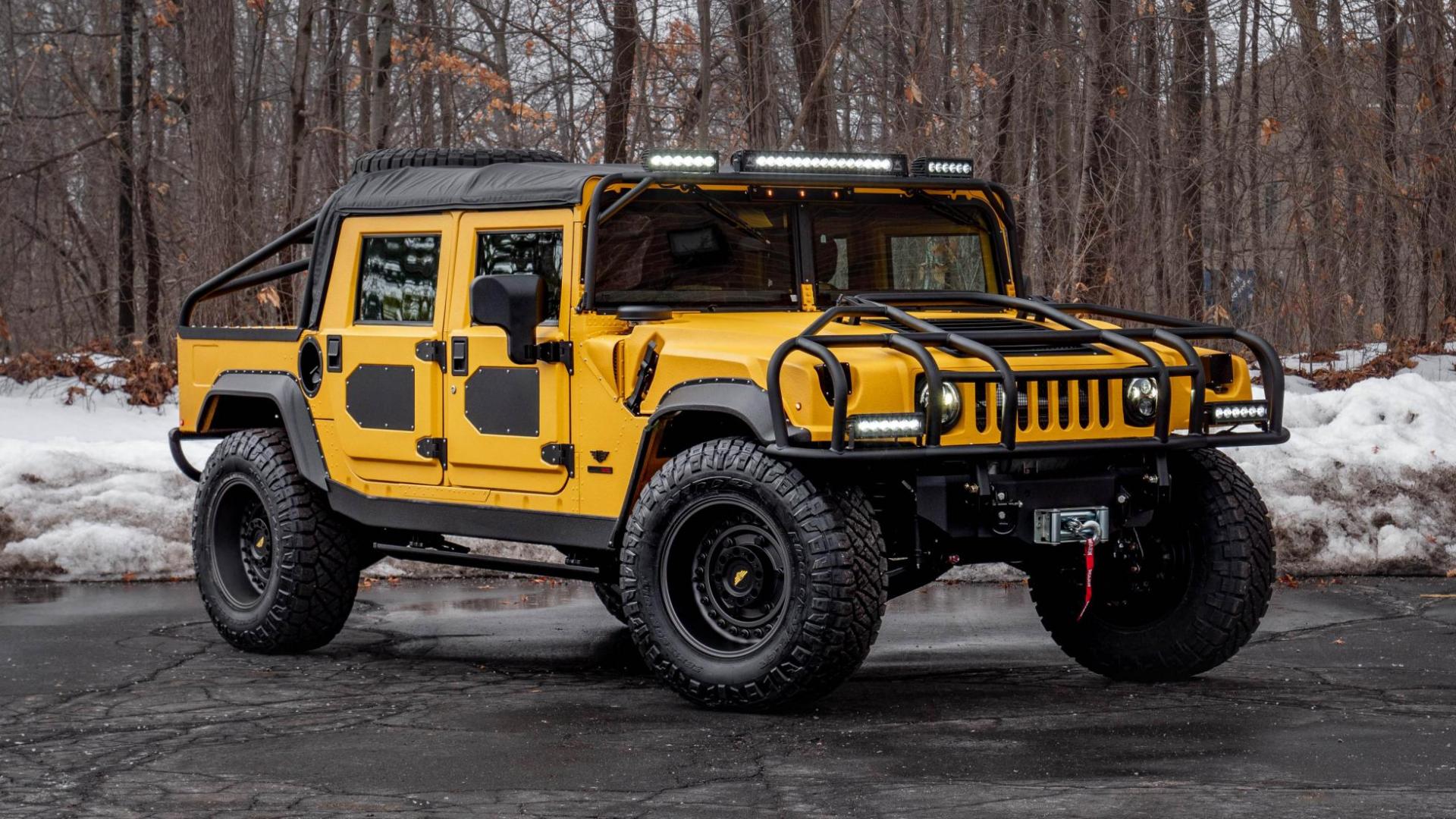 As we all know, GM is preparing for the return of the Hummer with a 1,00bhp all-electric ‘supertruck’. First Edition versions will come fully equipped with every possible piece of tech and will reportedly cost $112,595.

But what if you want something that’s far more expensive, much older and a whole heap more diesel-ey? Well, you’ll be wanting this – the Mil-Spec Automotive M1-R.

This could also be described as a fully-loaded First Edition, because the R is the first in “a new M1 series of bespoke Hummers”, says Mil-Spec. Now, M1 prices will start at $299,500, but the R has every single restomod option applied to it, meaning it’ll set you back a whopping $412,000. Ouch.

Perhaps the single greatest option is the engine. Mil-Spec uses the 2006 Hummer’s 6.6-litre Duramax diesel, but here it’s rebuilt to produce more than 800bhp and 1,200lb ft of torque. About enough, one suspects.

There are six piston brakes to stop the thing – probably rather handy given that we’d imagine it still weighs a fair amount, despite the lack of a roof. Oh, and there’s an air-locking differential and Rod Hall long travel racing suspension too.

The Kevlar-coated exterior remains true to how the H1 has always looked, although here it’s finished in a custom shade of yellow that’s apparently adapted from the original H1 Competition Yellow. Mil-Spec adds a little bit of metallic flake to the paint too, just to make sure your ginormous army truck glints under different types of light. How lovely.

Thanks to the raised drivetrain, H1s have a vast amount of real estate on the inside. Mil-Spec says it has ripped out every single piece of plastic, replacing it with yellow Nappa leather, anodised metals and billet aluminium bits. There’s even an electronic handbrake and dual-zone climate control. We’re not sure it quite shouts ‘ultimate luxury’, though.

Still, what do we think Internet?