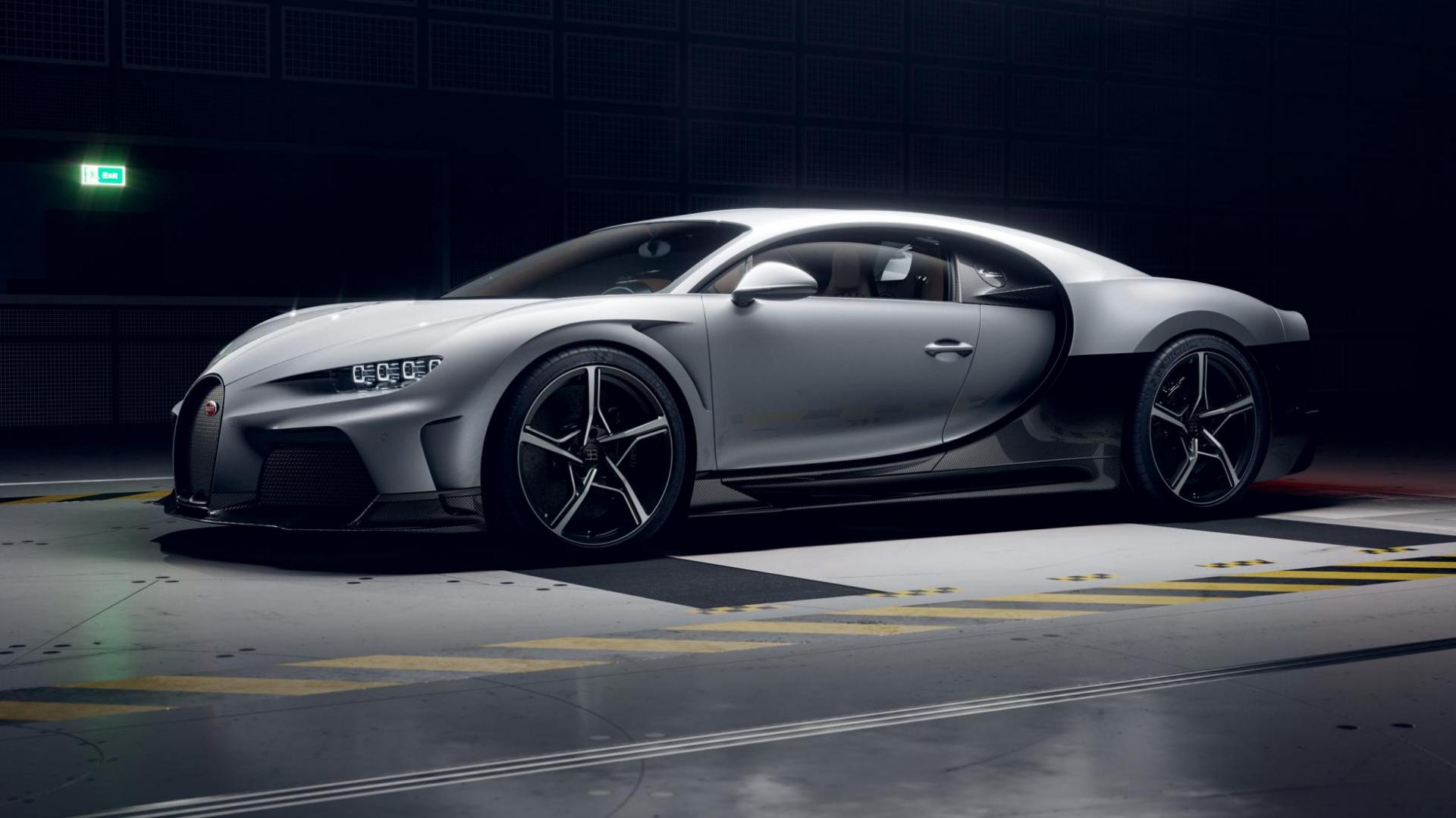 You've seen this automobile before, right?
It resembles the world-record-breaking long-tail Chiron.
In 2019, Andy Wallace used to achieve (and exceed) 300 mph, and Bugatti indicated it would construct 30 road-going Chiron "Super Sport 300+" cars to commemorate the milestone.

It's unclear whether the new Super Sport is mechanically different from the limited-edition Super Sport 300+.
That doesn't appear to be the case.

The Super Sport's 8.0-litre W16 engine produces 1,578bhp, the same as the 300+, owing to bigger turbochargers and upgrades to the oil pump(s) and cylinder head.
It boasts a greater redline than a standard Chiron, up 300rpm to 7,100rpm, as well as a wider torque distribution.
The seventh gear is 3.6 percent longer than the sixth.

New Michelin Pilot Sport Cup 2 tyres, as well as specifically calibrated steering and suspension, allow the Super Sport to "consistently drive speeds up to 500km/h" (311mph).
The Super Sport, according to Bugatti President Stephan Winkelmann, is "the ultimate grand tourer"; if you want corners, get a Chiron Pur Sport instead.

The body of the Super Sport is 25cm longer than that of a standard Chiron.
The exhausts have been moved to allow the diffuser more area to work, and there have been a slew of other minor aero changes to help the Super Sport cut through the air more cleanly at high speeds.
Look at the openings on the front wings that let air out of the wheel arches, which are a tribute to the EB110.

The Super Sport's wheels are new and distinctive, but you may choose for the Pur Sport's magnesium wheels instead.