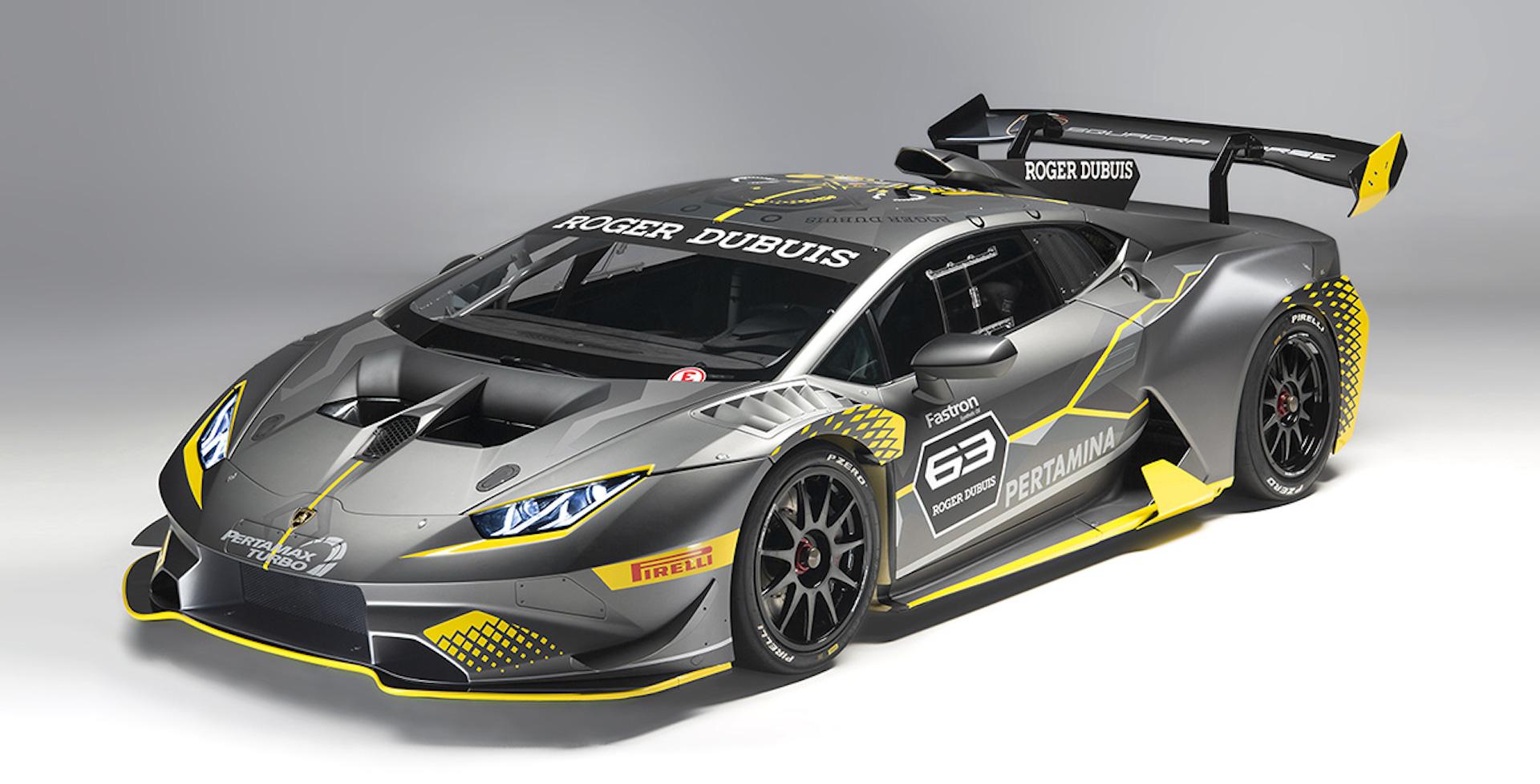 Lamborghini's Squadra Corse motorsport division has a new special-edition supercar in the works.

The car looks to feature unique body work along with new lights at both ends. We can also see that the interior has been stripped out and fitted with a fixed roll cage. There are also plexiglass windows and a racing-style digital instrument cluster.

Judging by the design of the rear wing and roof-mounted scoop, we're probably looking at a track car derived from the Huracan Super Trofeo race car. Lamborghini also has a Huracan GT3 racer though its aero elements aren't quite as extreme as those on the Super Trofeo one-make racer.

It's possible owners of the new track machine will be invited to take part in Squadra Corse's new driver development program. Launched with the Essenza SCV12, the program organizes track days for owners where they receive instructions from professional racing drivers, including former Le Mans winners. Owners also have the option to have their cars stored with Lamborghini so there's no logistical headaches to deal with.

Lamborghini said the reveal will take place soon so we should have all the details shortly. Stay tuned.