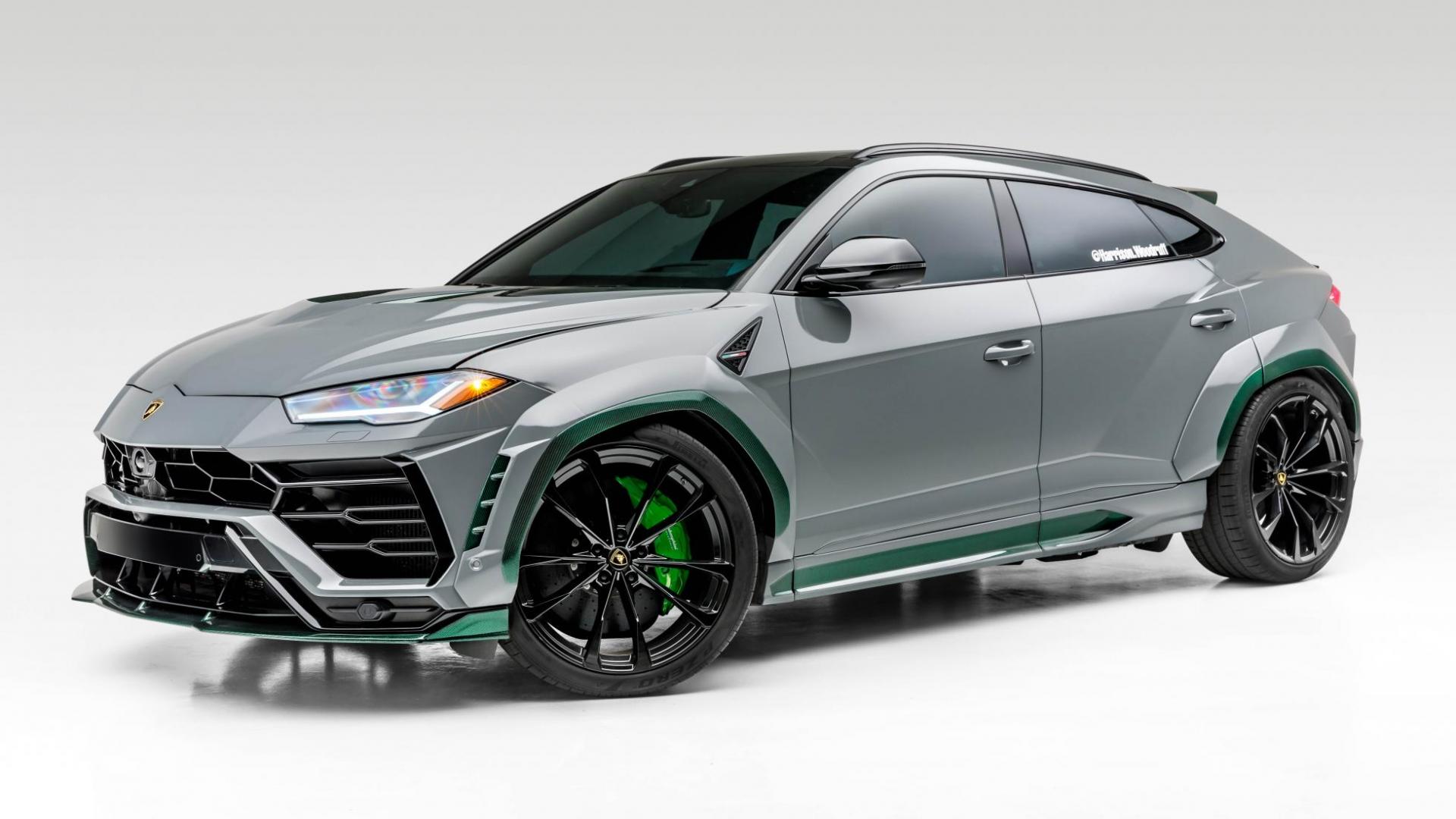 What do you make of this green carbon-clad Urus?

1016 Industries builds a Green Hornet-inspired Lamborghini Urus. Like it?

What do you make of this green carbon-clad Urus?

We can all agree that the 2011 film remake of The Green Hornet was Not Very Good. So, does the same apply to this heavily modified Lamborghini Urus that apparently takes its inspiration from the masked crime fighter? Thoughts in the comments section below, please…

Finding out that its builders – a man named Harrison Woodruff and Miami-based tuner 1016 Industries – have excruciatingly nicknamed it ‘The Green Urnet’ does little to sell it to us. Plus, ever since it was a radio show in the 1930s, the car in The Green Hornet has been known as Black Beauty. We’re struggling to connect the dots if we’re honest.

Anyway, to the Urus. The storm grey paint was created by 1016 Industries specifically for this car and has been paired with a widebody kit made entirely using 1016’s innovative carbon fibre method. Apparently, the green weave also changes colours in different lights. A new front splitter, bonnet, side skirts, wheel arch extensions, rear diffuser and two rear spoilers have been made out of the stuff. Not sure about those bonnet shutlines though.

Still, the Lamborghini’s VW Group 4.0-litre twin-turbo V8 has been given an ECU remap and a Voodoo Industries exhaust for a total of 800bhp. Oh, and it’ll now spit flames. This is always good news.

The interior apparently gets all new carbon fibre panels too, and the headlining features a Rolls-Royce style star light kit.

So, what do we think folks? Do your worst.