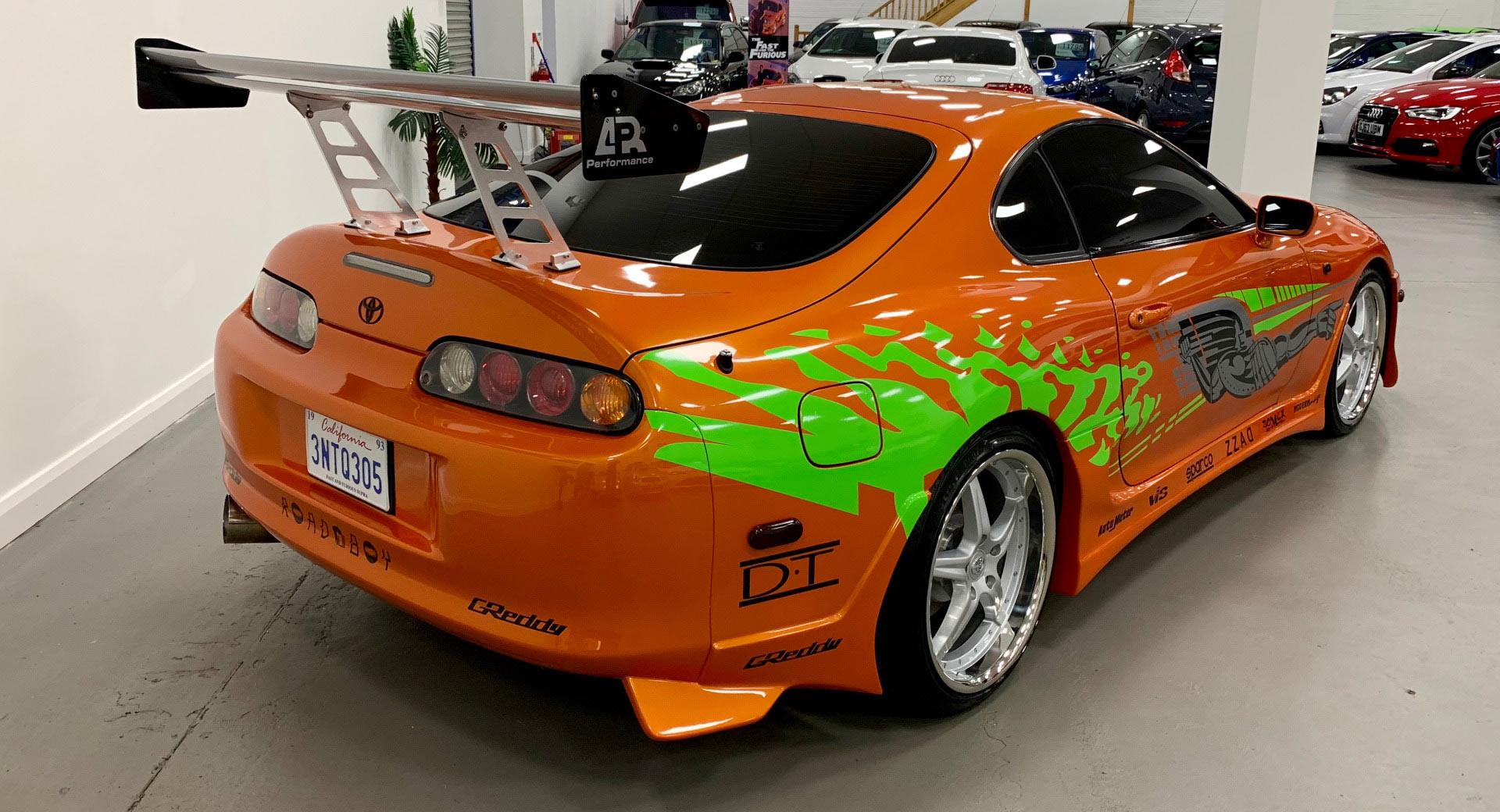 Barrett-next Jackson's Las Vegas auction, planned for June 17-19, will include an authentic 1994 Toyota Supra from "The Fast and the Furious."

According to the ad, this automobile was driven by the late Paul Walker in the first "Fast and Furious" film and was utilised for "many inside and exterior scenes throughout production."
According to the description, it was later repurposed as an automobile for the character Slap Jack in the sequel, "2 Fast 2 Furious."

Many leftover automobiles from "The Fast and the Furious" were utilised for "2 Fast 2 Furious," according to "Fast and Furious" technical advisor Craig Lieberman, who owned the Supra that served as the inspiration for the movie vehicle.
For example, Johnny Tran's black Honda S2000 from the first film and Suki's pink Honda S2000 from the sequel are both the same automobile.

Although not every movie vehicle looks as well in person as it does on television, this Supra has the Lamborghini Diablo Candy Orange pearl paint and "Nuclear Gladiator" markings featured in the film.
It also features a Bomex front spoiler and side skirts, a TRD-style hood, an APR aluminium biplane rear wing, and 19-inch Dazz Motorsport Racing Hart M5 Tuner wheels, among other cosmetic enhancements.

This Supra is also a factory turbo vehicle, with the 2JZ-GTE twin-turbocharged 3.0-liter inline-6 engine and a 4-speed automatic transmission instead of a manual transmission.
Automatic transmissions are easier to work with in movies, and there's no requirement for a car to be technically identical to what's seen on screen.

The orange Supra is a cultural icon thanks to its starring role in the film that launched a nine-part franchise (with more apparently on the way).
Although Barrett-Jackson did not provide a pre-auction estimate, another genuine "Fast and Furious" Supra sold at auction for $185,000 in 2015.