In the trailer for 'The Batman,' the new Batmobile appears to be a supercharged version of a classic muscle car

See the car in action on Gotham's streets.

Batman is without a doubt one of the most well-known superheroes of our time.
From Adam West and Burt Ward appeared as Batman and Robin in the 1960s ABC series, and, of course, since the first DC comic book featuring the iconic hero, it's been that way.
The Batmobile, which has altered dramatically since the initial DC comic and TV series, is undoubtedly the nicest thing about Batman for automobile lovers.
The latest teaser for the upcoming The Batman film, which will be released in March 2022, shows off Batman's new steed, which appears to be a high-powered, crime-fighting classic car.

The release of this new primary trailer for the film perfectly coincides with the introduction of an all-new Lego kit replicating the Batmobile from the 2022 film, which provides us a handy but slightly different closer look at the automobile.
The car is only briefly seen in the teaser, but we get a decent look at its fire-spitting exhaust at the back, as well as a good look at the elongated style that the Lego model hinted at for the new Batmobile. 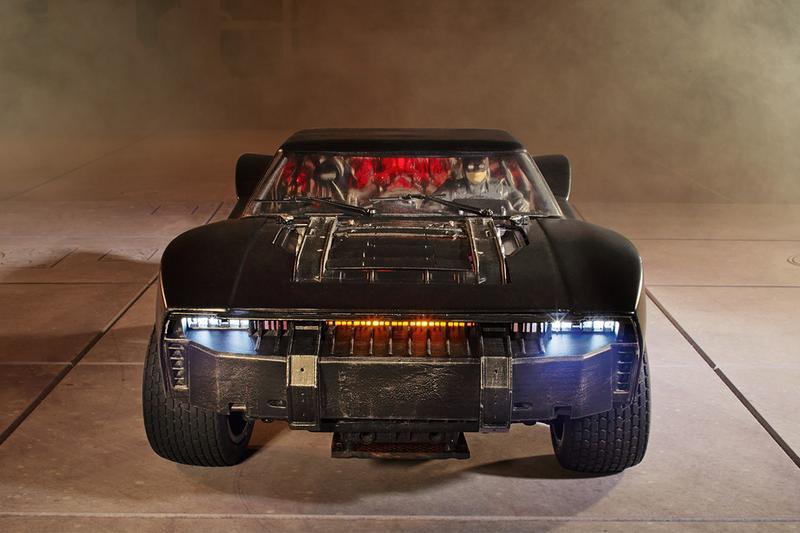 With its stretched front and fascia, square and sharp edges and lines, and a good nod back to the muscle vehicles of the 1960s and 1970s, the new Batmobile oozes the Chevrolet Camaro's style.
The new Batmobile resembles a real-life car more closely than other of Batman's more radical vehicles throughout the years, which is refreshing.
The Batmobile smashes through barriers in the video, with Batman yelling angrily behind the wheel, as he prepares to take on the Riddler once more in what promises to be an epic picture.

Action Galore In The New Film

This Batmobile resembles the 1989 Batmobile quite closely, especially to the flame that shoots from the back.
It appears to be an astonishing object when we eventually get to view it in all of its grandeur.
The picture itself promises a lot of action, including the return of the Riddler, which appears to be a great nod to the original Batman TV series in this relaunch of the Batman film franchise.
In this epic picture, Robert Pattinson will play both Batman and Bruce Wayne.