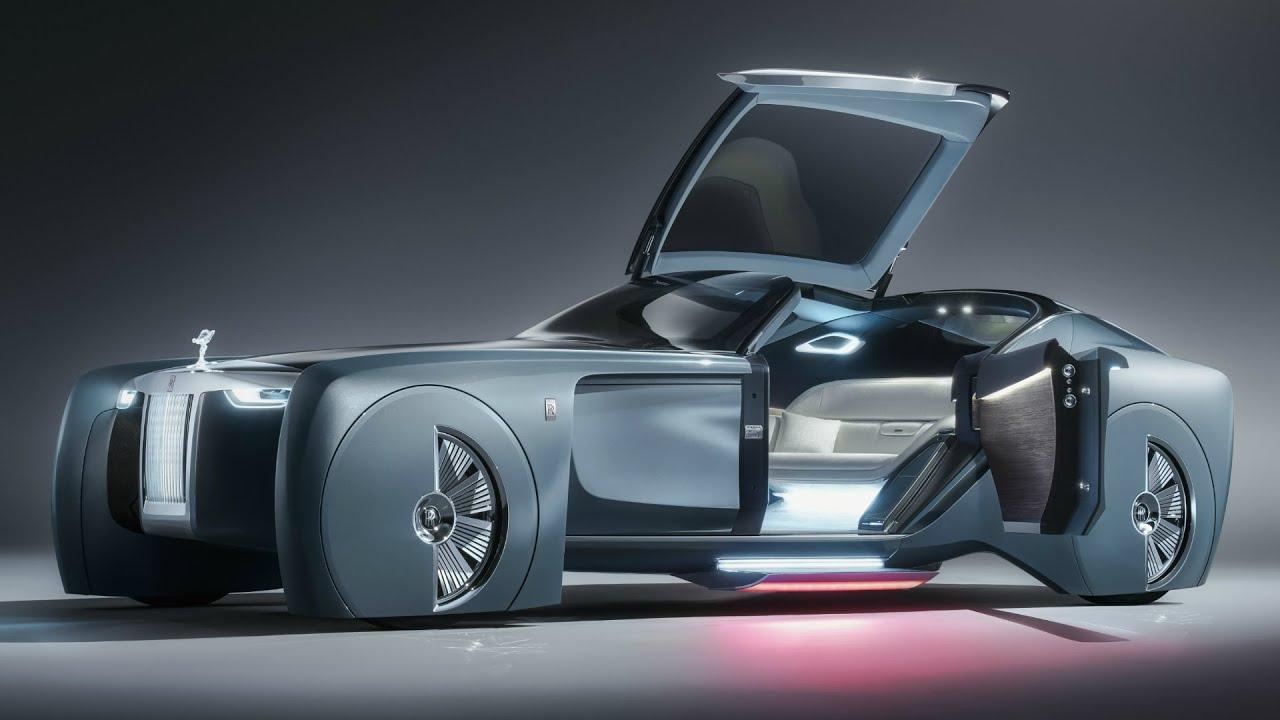 The Rolls-Royce 103EX Concept makes a powerful statement on the future of automotive technology and luxurious travelling. 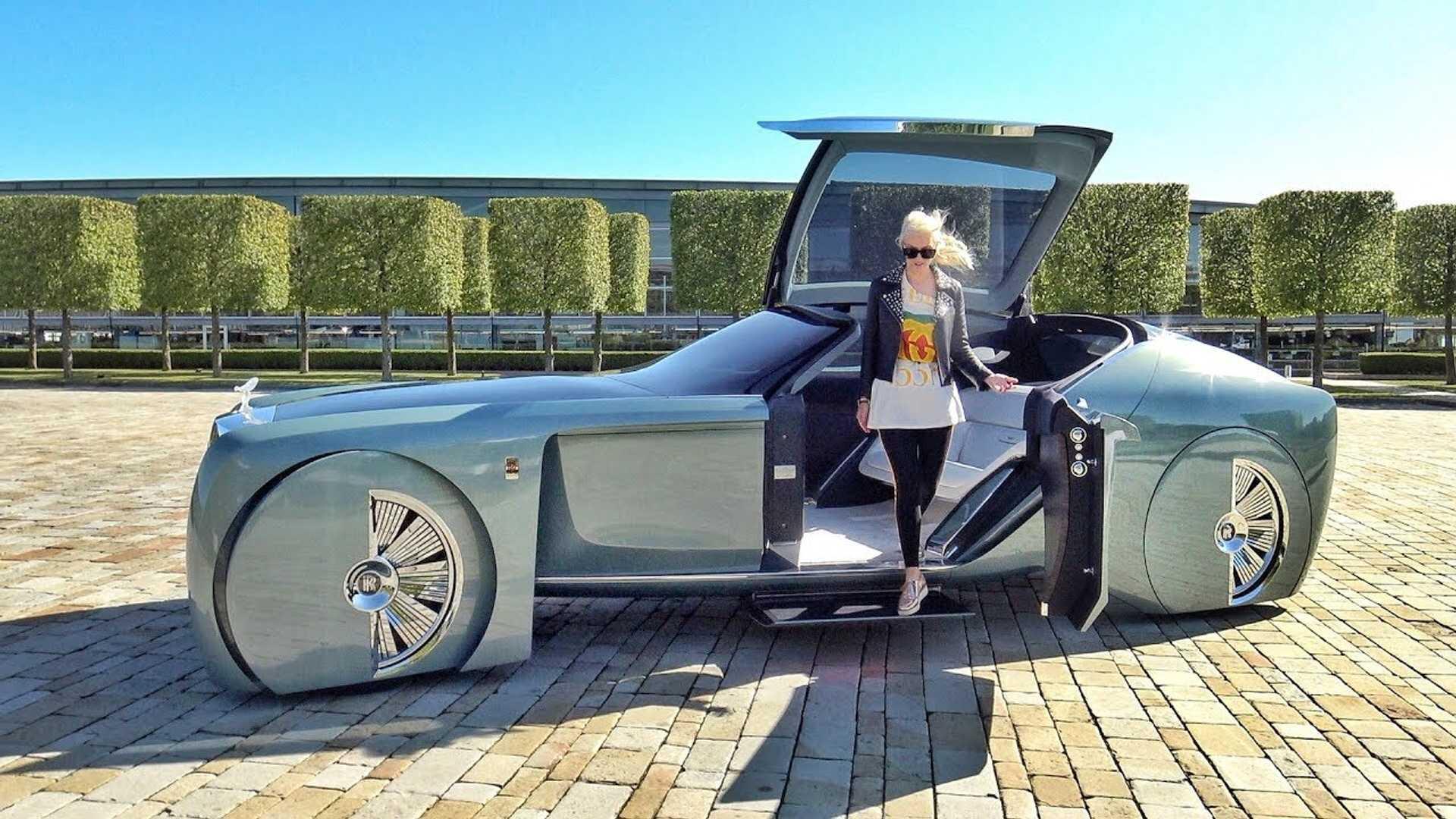 The Rolls-Royce 103EX, officially known as the Vision Next 100 Concept, is the company's first and, to this day, only all electric car.

This two-seater EV was unveiled for the first time in 2016 at London's Roundhouse to commemorate BMW Group's 100th anniversary.
With its redesigned, aerodynamic shell and two motors that worked together to create a stunning 671 horsepower, the Vision Next rapidly grabbed admirers.
Following its original release, the EV attended several media events all around the world before returning to Goodwood, where it is now stored.

The Rolls-Royce 103EX is one of the most anticipated luxury cars of the future, despite the fact that it will not be produced anytime soon.
From its eye-catching outward design to its powerful engines to its luxurious interior, we'll look at what inspired this wonderful piece of car construction.
The trendiest characteristics of the Rolls-Royce 103EX and why it should be on your shortlist are listed below.

The first thing you'll notice about the 103EX is its massive size, which is truly impressive.
Rolls-Royce appears to have gone the "go big or go home" way, and we're enjoying it.
The Royce-Rolls 103EX is one of the longest electric vehicles we've seen so far, measuring up to 19.4 feet long.

But wait, this self-driving EV isn't only massive in scale; it also has a whole new design – one that provides us a glimpse into the future of transportation.
We're blown away, especially given Rolls-Royce released this electric vehicle in 2016.
The Rolls-Royce Vision Next 100 Concept still seems too futuristic to become a mass-produced premium automobile in 2021 — around 5 years later.
But enough of the chit-chat.

The external design of the Rolls-Royce 103EX includes an extraordinarily lengthy front end, which is accented by an illuminated crystal "spirit of ecstasy" at the top of the huge, silver-plated grille.
This design is unusually fascinating due to the lack of a prominent front bumper.
The whole exterior is covered in eye-catching glass panels, which is one of the reasons we don't think the 103EX will be cheap.
The wheels are another item we can't get our eyes off of.
These are exceptionally well-integrated into the design, giving it a strong aspect.
You won't see much of the wheels due to their half-concealed nature, which is exactly the goal.
However, as the front wheels revolve, you'll only see a little portion of them.
They do, in fact, turn.

At the top, the fenders integrate into the hood, with the front half of the fender reaching to the grille width.
The nicest exterior design feature is the rear-hinged door, which opens all the way up, allowing you to stand up before exiting or in the cabin before taking a seat. The all-electric 103EX is powered by two motors, one for the front wheels and the other for the rear wheels, for a total of 671 horsepower.
This may make you question what's going on under the hood.
That space serves as a seat for the unique luggage, which is slid in from beneath the front wheel's storage compartments. The interior design is much more elegant than the outside.
The interior of the Rolls-Royce 103EX is one-of-a-kind, with leather, real wood, silk, and other high-quality alternatives showcasing comfort, elegance, and technology in the far future.
You'll enjoy relaxing in the two-seat lounge chair – which is essentially a Rolls-Royce sofa – while resting your feet on the handmade silk carpet.
A full-width entertainment screen with a super-crisp display and user-friendly controls is mounted below the car's waistline.

The Rolls-Royce 103EX Has The Most-Advanced Artificial Intelligence System

Eleanor, the car's chauffeur and virtual helper, is one of the concept's most notable aspects.
You may then relax on the couch while she manages all mobility functions, such as traffic, weather, and commuting hassles, thanks to this smart AI system.
What's more, the system can save your schedules for you and notify you if you're late for an appointment.

And she isn't just any AI system; she's been built to learn about your interests and requirements in order to better serve you.
A steering wheel and instruments would be "totally redundant" in this instance, according to the brand.
That's something to be excited about.