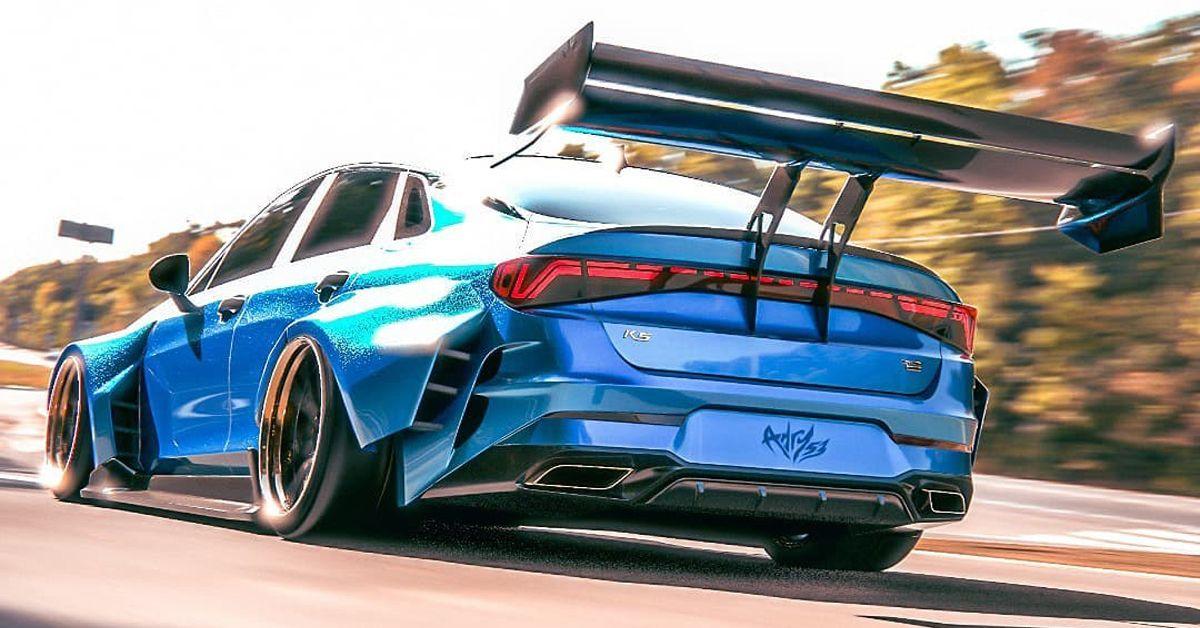 The majority of the renderings we see are of muscle or exotic sports cars, with a few classics cars thrown in for good measure.

But Timothy Adry Emmanuel, also known as adry53customs on Instagram, can render almost anything.

The Kia K5 is his vehicle of choice for his current portrayal, which is admittedly a sporty sedan that has been made even sportier by Emmanuel's wide-body fantasy.

Here it is, the Kia K5 fantasy ride, perfectly depicted.

The 290-horsepower Kia K5 GT model is agile, with a stylish interior and powerful exteriors.
It also has a lot of cost-effective features, so it's a good deal.
It's a family sedan, but it's sporty enough to provide a thrilling ride, even if the slightly larger wheels can be a little difficult to control at times due to the front-wheel-drive system.

The K5, formerly known as the Kia Optima, competes with the Honda Accord for supremacy and comes with a long list of standard safety features to set your mind at ease.
It's roomy and agile, and it'll fit in your garage, on the road, and in Need For Speed: Underground, as Emmanuel demonstrates.
KDM has come to dominate the roost, and the Kia K5 has what it takes to do it.