Competition Carbon, based in California, plans to convert the C8 Chevrolet Corvette Stingray into a V-12 Cadillac supercar for SEMA 2022. 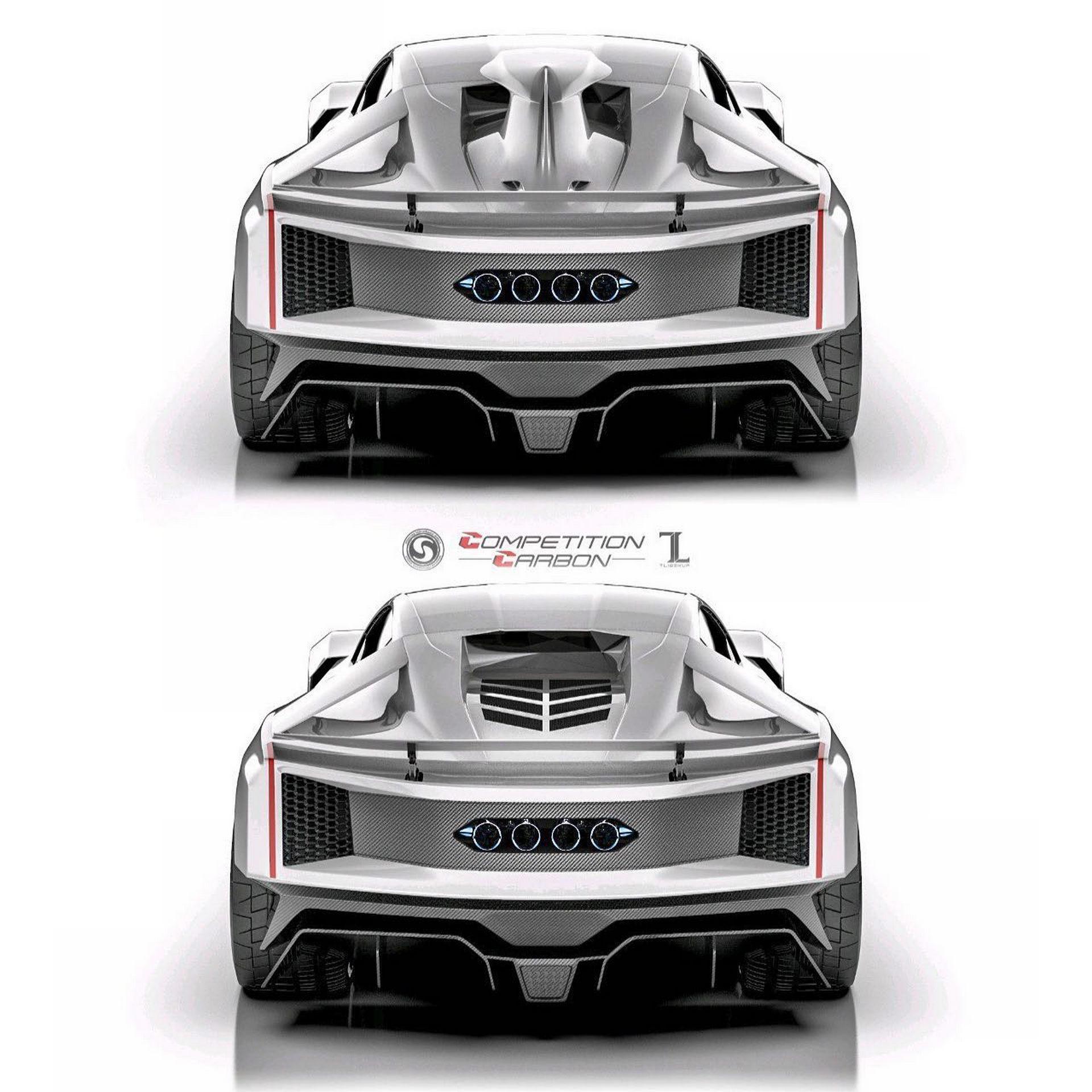 This enormous project is named C120R in honour of Cadillac's 120th anniversary next year, as revealed in a series of Instagram photos (via Carscoops).
It's partly inspired by the Cadillac Cien, a mid-engined supercar concept designed to commemorate the automaker's centennial, according to one of the posts.
It made its premiere at the Detroit car show in 2002.

The renderings from Competition Carbon show a total overhaul of the Corvette's appearance.
The automobile has new fenders, side skirts, and side air intakes, but vertical headlights and taillights appear to be the only components that truly distinguish the C120R as a Cadillac.

Four tailpipes are located in the centre of the rear fascia, as well as an adjustable rear wing and a big rear diffuser.
A roof scoop that feeds air into the mid-mounted engine is also shown in some of the drawings, although it's unclear if that will make the final cut.

In addition, Competition Carbon intends to replace the Corvette's 6.2-liter LT2 V-8 with a V-12.
However, the corporation hasn't released any details or even a hint as to where this engine would come from.
Remember that the Cadillac Cien concept car from 2002 featured a custom 7.5-liter V-12 engine that, like the Cien itself, never saw production.

If the next SEMA event takes place in early November as usual, we'll have to wait almost a year to see the C120R come to life.
The startup intends to use SLA resin 3D printing to create new body panels, as well as tease a roadster version.