You'd be wrong if you believed the GT Black Series would be the most extreme form of Mercedes-Benz AMG's GT sports vehicle. 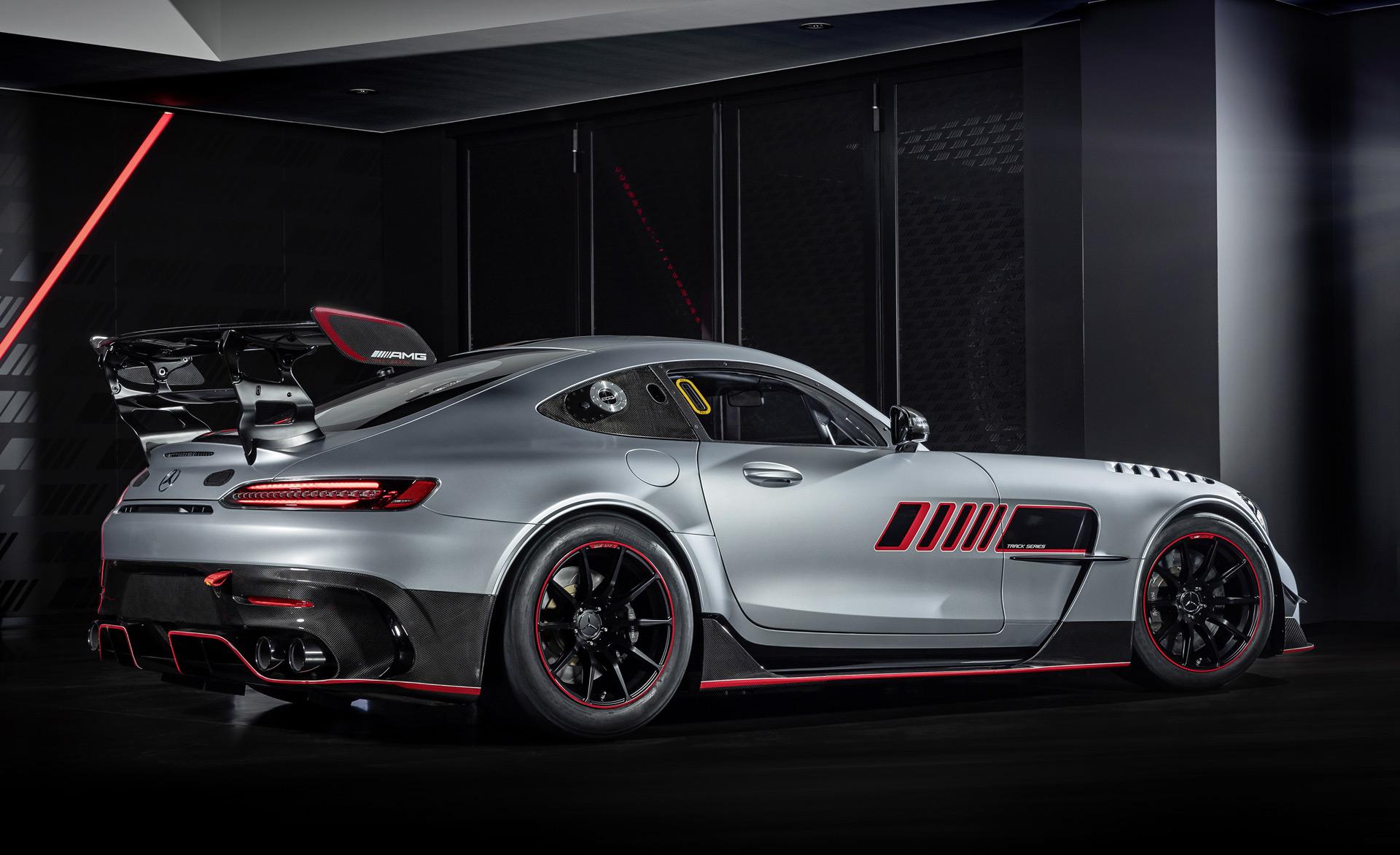 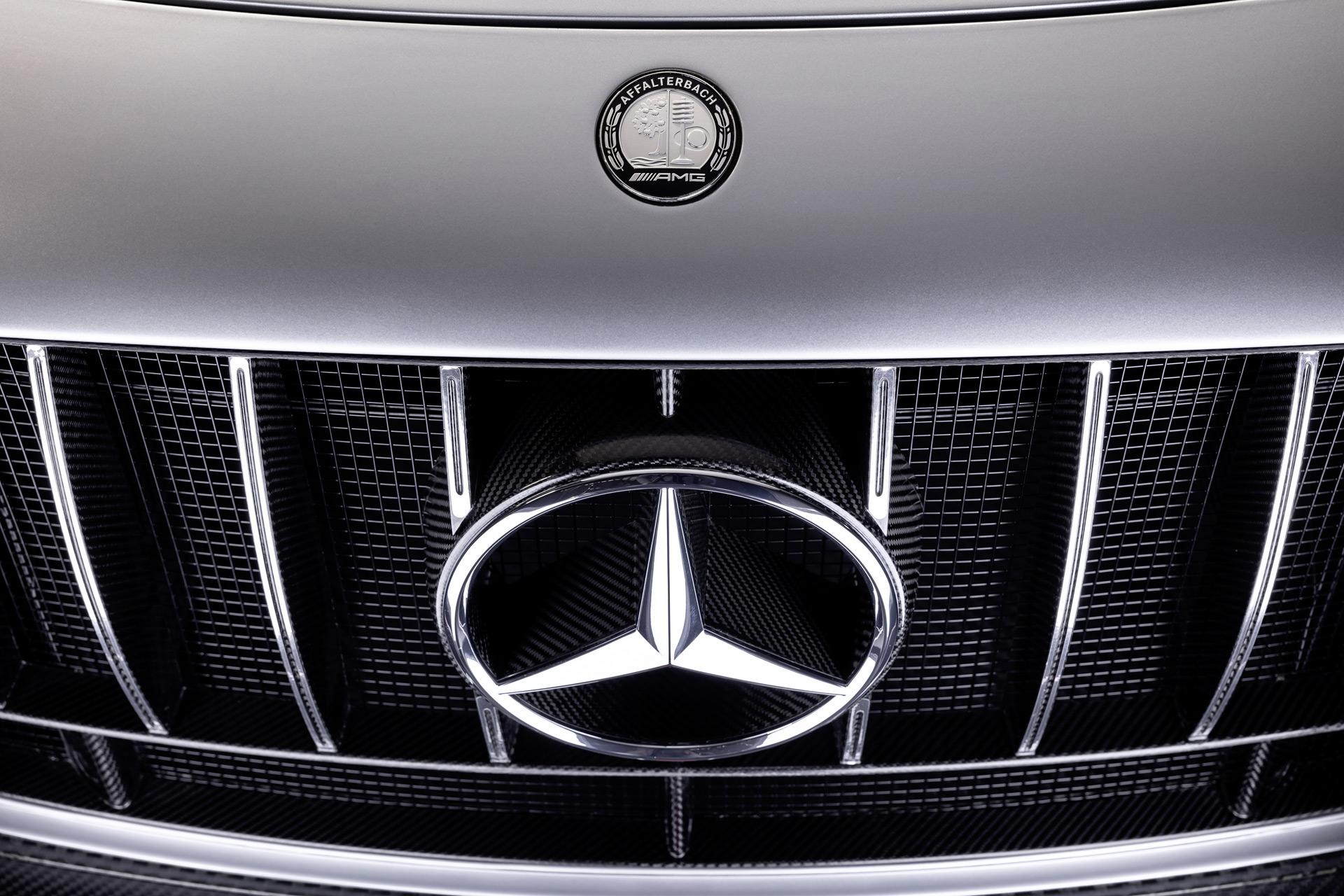 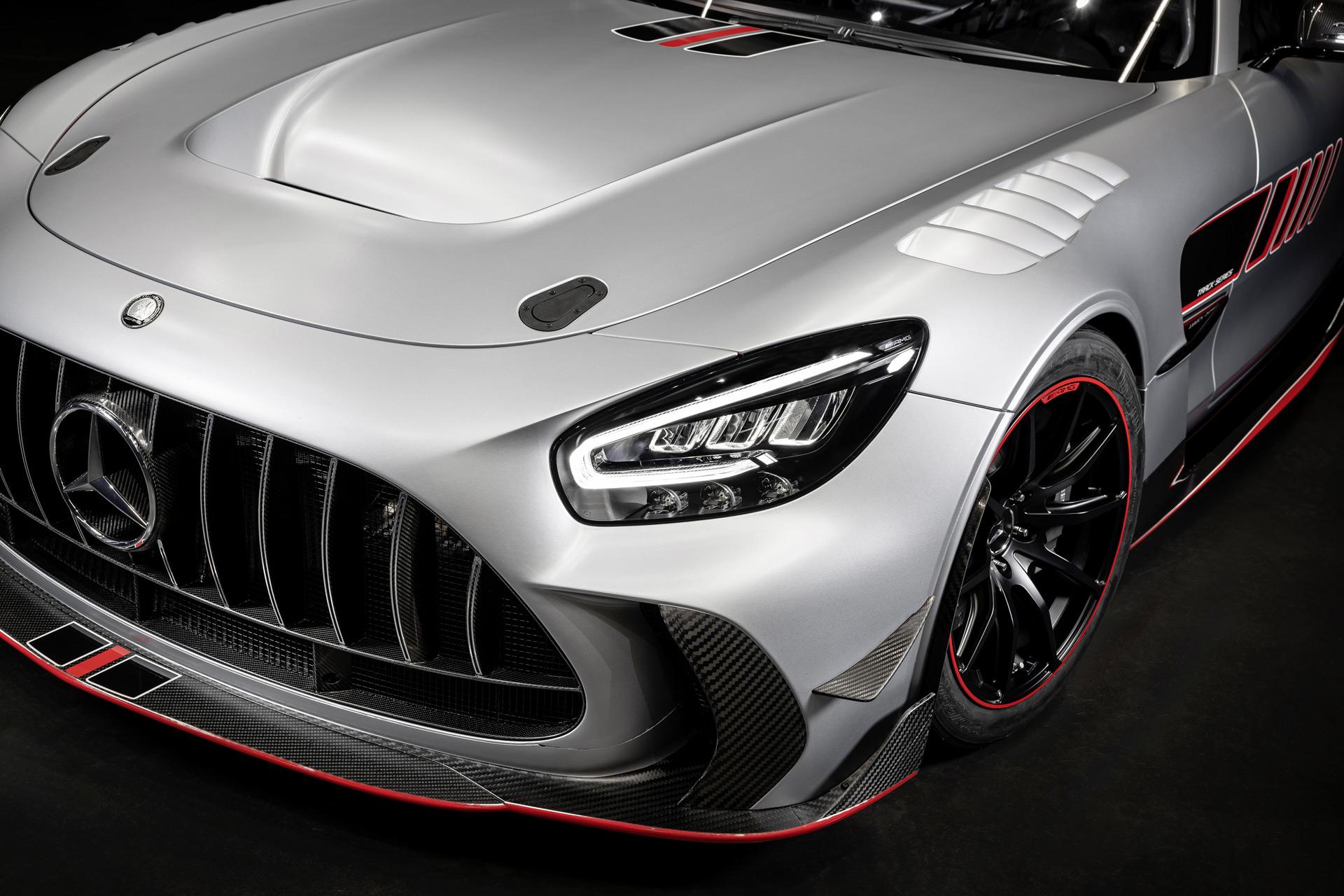 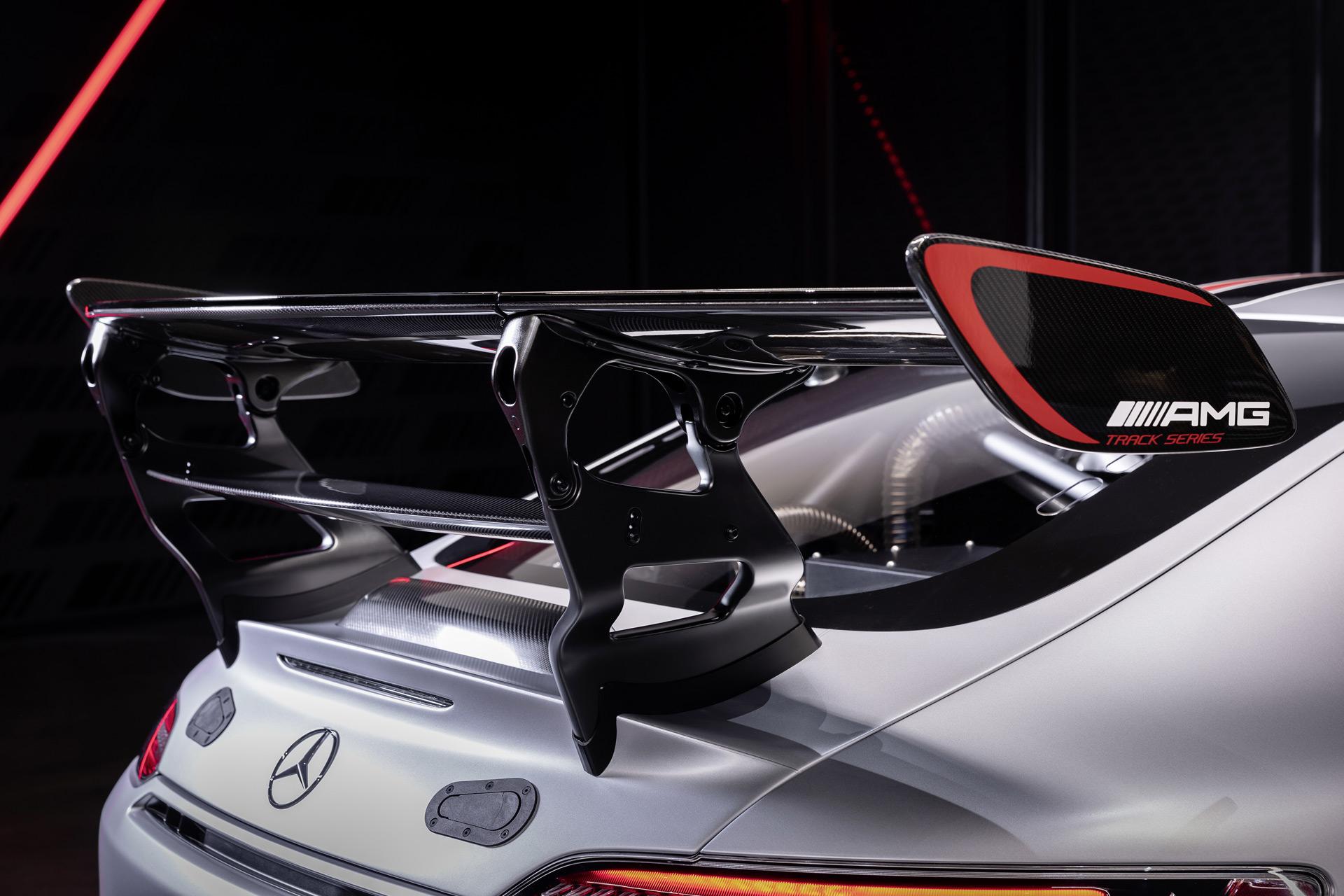 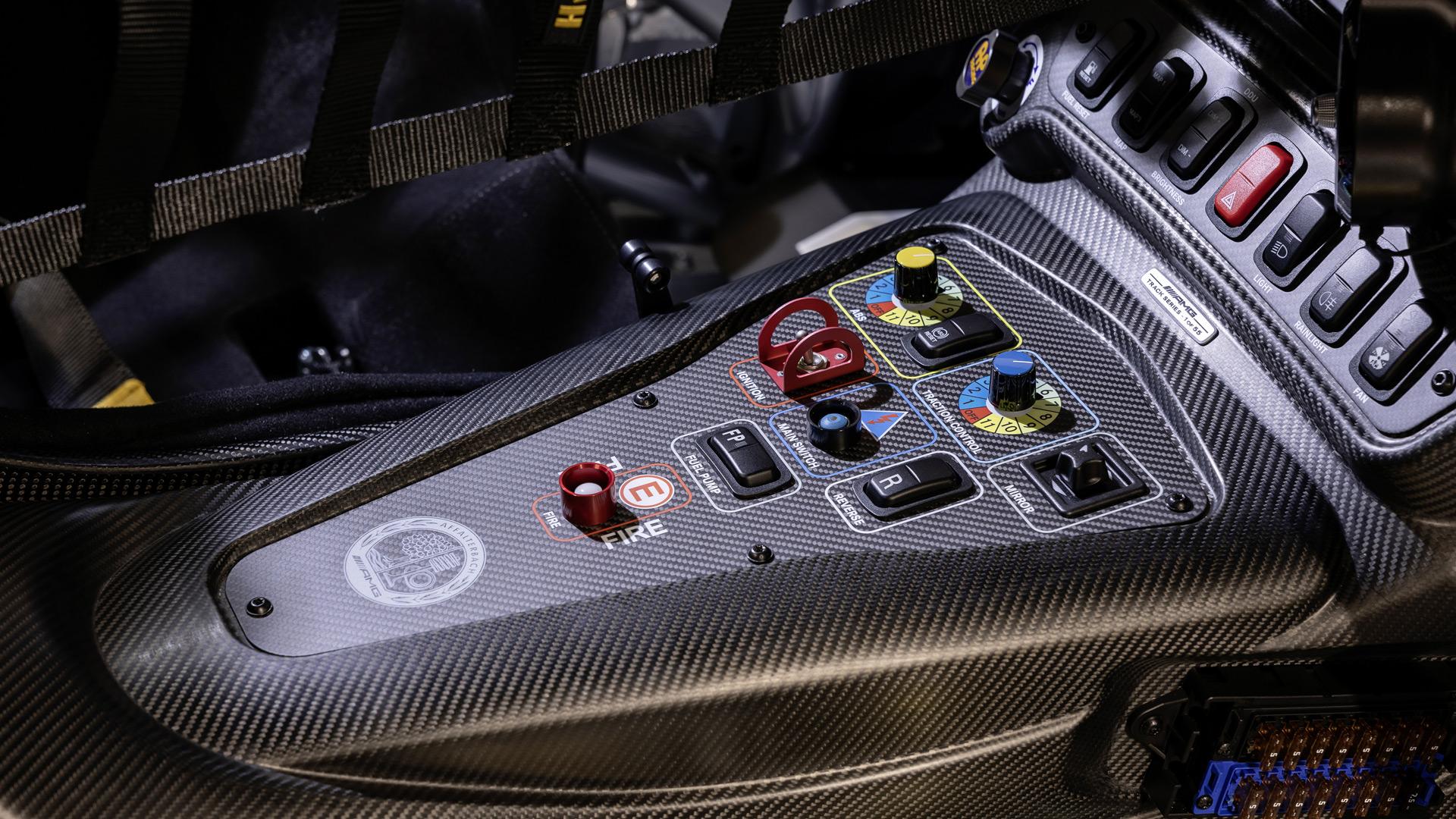 The GT Track Series was created specifically for track use, as the name implies.
It looks a lot like AMG's GT3 and GT4 race cars, but it has a lot more power.
The 4.0-liter twin-turbocharged V-8 in the car is set to produce 724 horsepower, which is four more than the GT Black Series.
Race-spec fuel injectors and a few other changes account for the extra boost.

The engine is connected to a 6-speed sequential transmission rather than the 7-speed dual-clutch automatic found in the road car, and power is sent to the rear wheels via a carbon-fiber torque tube and adjustable differential.

The addition of four-way Bilstein dampers at each corner is another significant change for the GT Track Series.
There are high- and low-speed settings in the rebound and compression levels, as well as the ability to modify the ride height.
Anti-roll bars that can be adjusted have also been installed.

Steel brake rotors measuring 15.35 inches in front and 14 inches in back are standard, as are 18-inch forged wheels.
For altering the brake balance, a brake beam has been added.

Both the exterior and the cabin are made of carbon fibre to increase stiffness while saving weight.
This includes the dashboard, seats, and door linings, resulting in a curb weight of 3,086 pounds, as opposed to the road car's 3,500 pounds.

A Bosch display unit faces the driver and includes a data logging system that can keep track of lap times, among other things.
The GT Track Series is one of the first vehicles to employ this system, according to AMG.
There are also motorsport-style traction and ABS control systems in the cabin, with the driver selecting from 12 levels of adjustment, including an off option.

The GT Track Series will be available worldwide, though AMG hasn't said how many of the total 55 cars will be sold in the United States.
The first models will be delivered in the second quarter, with prices starting at 369,000 euros (roughly $404,680).