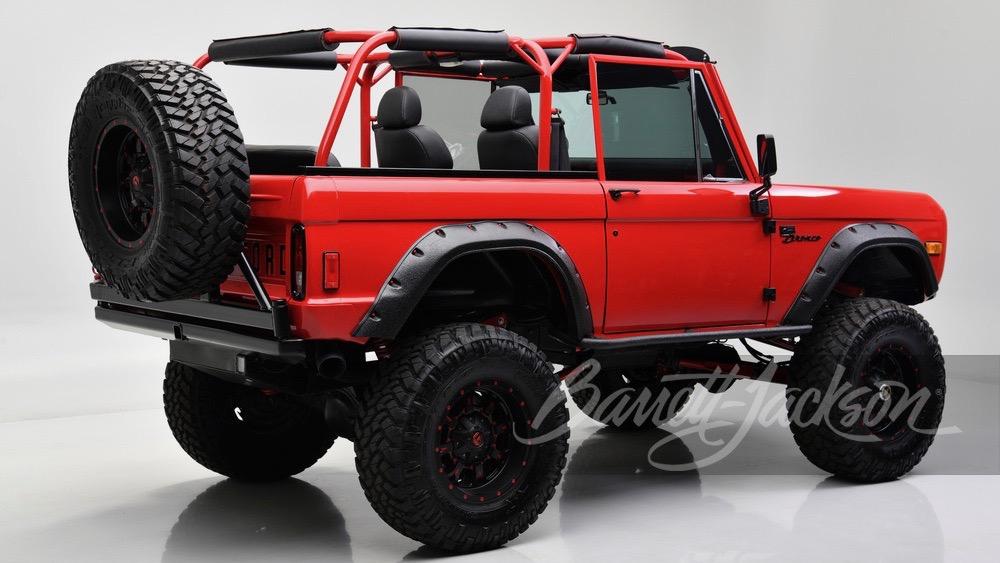 Kevin Hart's modified 1977 Ford Bronco is going up for sale

At the 2021 Barrett-Jackson Las Vegas auction, set for June 17-19, a 1977 Ford Bronco restomod owned by comedian and actor Kevin Hart will be auctioned off.

Kevin Hart's modified 1977 Ford Bronco is going up for sale

The Bronco has plenty of other improvements, starting with the engine.
It has a 5.0-liter V-8 engine, a 3-speed automatic transmission, and a Dana twin-stick transfer case for four-wheel drive.
The V-8 is equipped with Crane electronic ignition and an Ardent Performance custom exhaust system with MagnaFlow mufflers.

The Bronco has a raise kit, King coilover shocks (with red springs to match the exterior), and 35-inch Nitto Trail Grappler M/T tyres set on 17-inch Fuel wheels, with a spare tyre on a bespoke swing-away carrier for enhanced off-road performance.
A 9,500-pound Warn winch, custom bumpers, and Rigid LED light pods are among the other upgrades.

To make the Bronco a bit simpler to drive than before, power disc brakes and power steering were installed.

The inside has been updated with a new music system that includes four speakers, a 10-inch subwoofer, and a Bluetooth/USB/Pandora head unit.
AutoMeter has also added new gauges to the dashboard, including an LED speedometer.
To match the exterior colour scheme, the majority of the trim has been blackened out.

Restomods are a favourite of Hart's.
He recently spent $825,000 for a 1959 Chevrolet Corvette at another Barrett-Jackson auction, and he also accepted possession of a 1970 Dodge Charger with a carbon-fiber shell and a Hellephant V-8 from Wisconsin's SpeedKore Performance Group.
Hart was a passenger in a SpeedKore-modified 1970 Plymouth Barracuda that was wrecked in an accident.