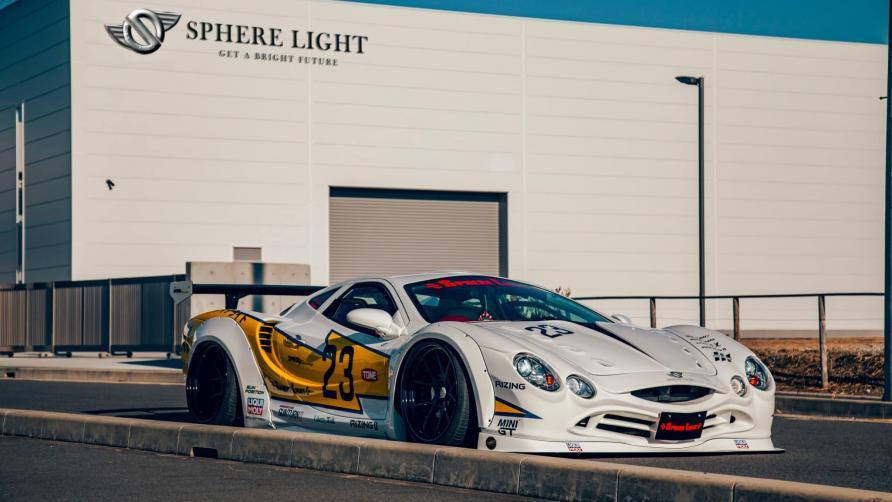 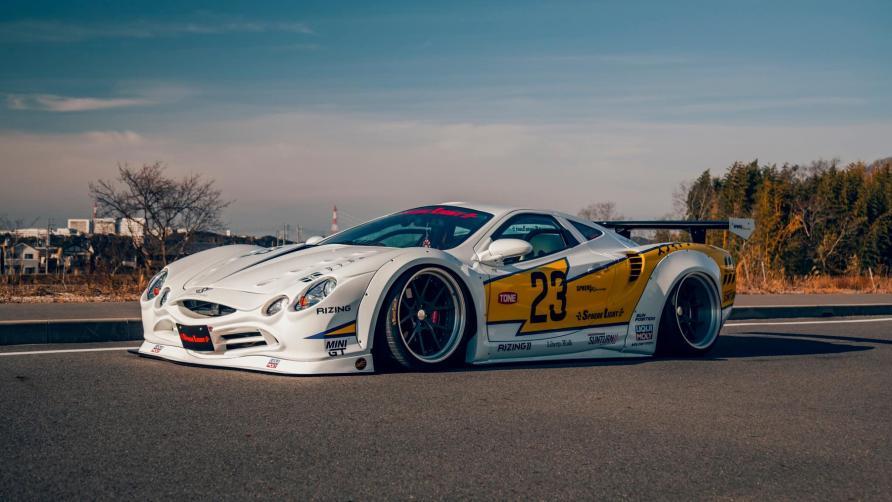 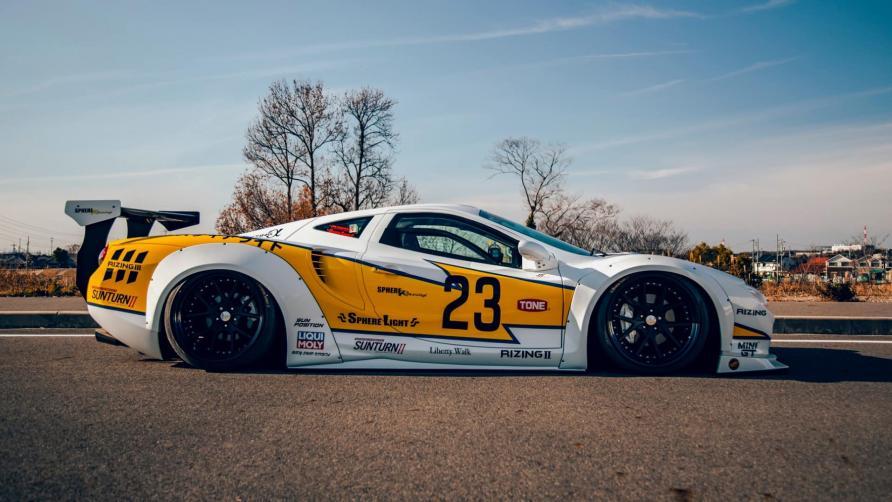 Liberty Walk creations usually generate a lot of controversy.
To achieve that perfect widebody look, the world's most powerful supercars must have their arches angle-grinded, and clearly not everyone is a fan.

However, we doubt there will be much objection to this latest development.
It's a Liberty Walk Mitsuoka Orochi, the quirky Japanese'supercar' with a mid-mounted 230bhp 3.3-litre Toyota V6 and a squished frog-inspired design.

This is... unique.
The Orochi – a car that went off the market in 2014 and was named after an eight-headed, eight-tailed monster from Japanese legend.

Liberty Walk collaborated with Sphere Light, a Japanese aftermarket headlamp expert, on this project, which includes riveted arches, a new front splitter, enormous wheels with a lot of negative camber at the back, a quad-exit exhaust, and, of course, the massive GT3-style rear wing.
Also, a nice lightning bolt livery.

There's no news on any performance changes, although we'd like to think a tuned 2JZ is thrown in for good measure...