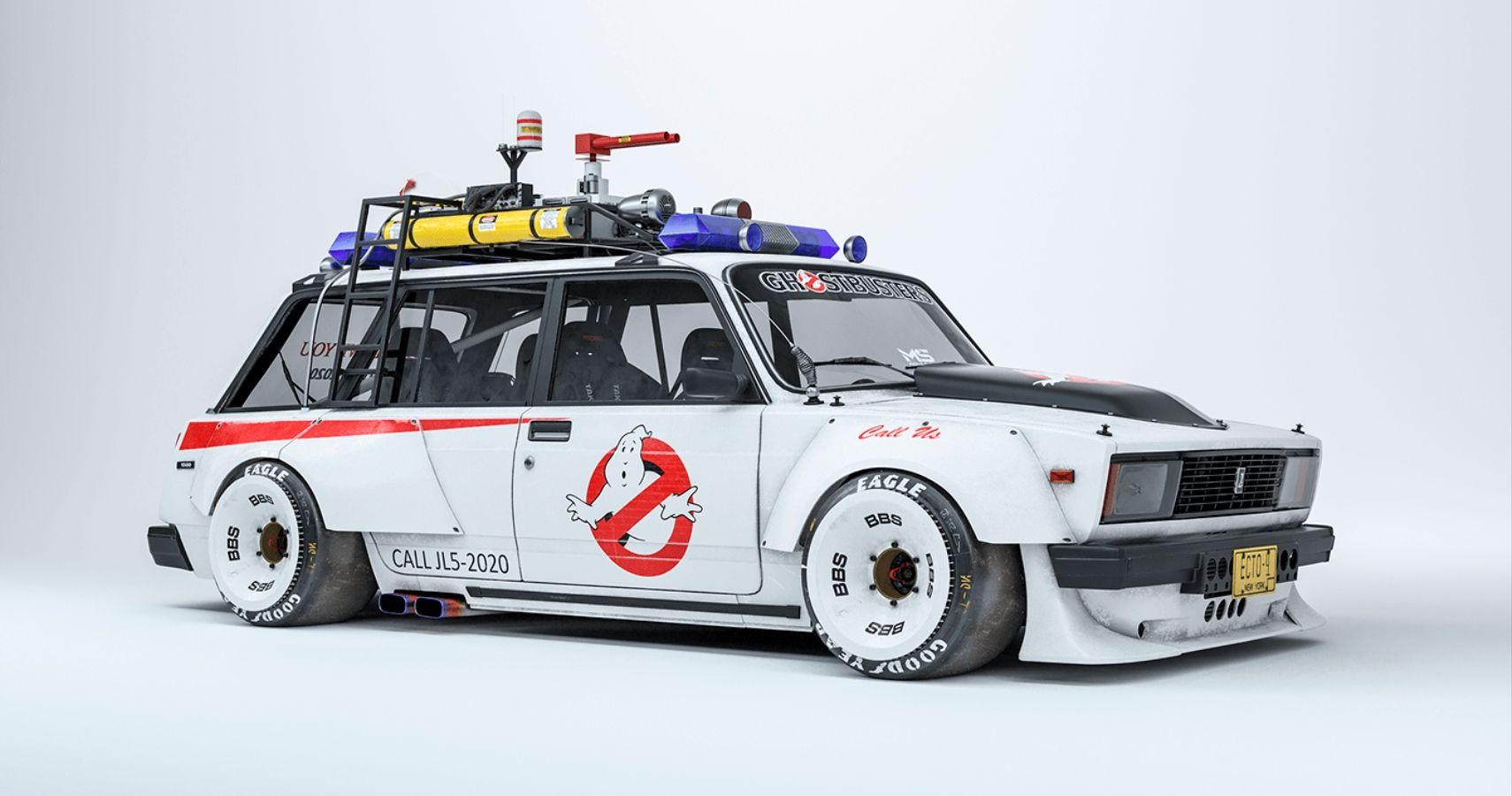 When you combine 'Ghostbusters' and the Lada 2104, you get the Ecto-4

To some automotive fans, Lada is undoubtedly seen as a joke of a manufacturer. Their cars have become something of a meme, and they are unmistakably Soviet.
Despite all of the jokes, Lada is still going strong, producing automobiles like the Niva.
When you have inventions like these, who says a Lada can't be cool?
On Behance, a render artist named Mikhail Sachko built this incredible model of a Lada 2104 that has been transformed into the Ghostbusters Ecto-1, one of America's most iconic vintage automobiles.

The Lada 2104, also known as the Riva and the Nova, was a car manufactured by the business in its 2104 guise from 1984 to 2012, and was an automobile produced by the company in its 2104 incarnation from 1984 to 2012.
Meanwhile, the Ghostbusters' Ecto-1 was the vehicle they used to traverse throughout New York, busting ghosts and other similar phenomena.
In reality, the Ecto-1 was based on a 1959 Cadillac professional chassis.
The white all-over and red stripes at the back, as well as the enormous Ghostbusters emblem on the side, are a rendition of the classic livery that the 2104 wore.

Throughout this Lada, there are several details from the Ecto-1.
Muon scrubbers, a radio GPS finder, high-intensity microfoams, and EMF scrubbers are among the many items on the roof rack.
All of this takes place atop the Lada, which has a ladder on the side that allows a Ghostbuster to reach the equipment.
The major Ghostbuster parallels cease there, with the rest of the elements serving to bulk up the car's look while attempting to be as Ghostbuster-like as possible with a Lada 2104.

It's safe to say that this Lada has morphed into somewhat of a widebody monster.
The car now sports some very dramatic wheel fender flares, as well as a massive bulge on the bonnet, probably concealing the fact that the Lada is powered by a new powerplant.
The wheels are plainly not normal, and while contemporary, they seek to replicate the whitewall appearance of the Ghostbusters' 1959 Cadillac.
The tyres are Goodyear Eagles, and the bigger rear fenders with red striping are meant to mimic the Cadillac's red fins.