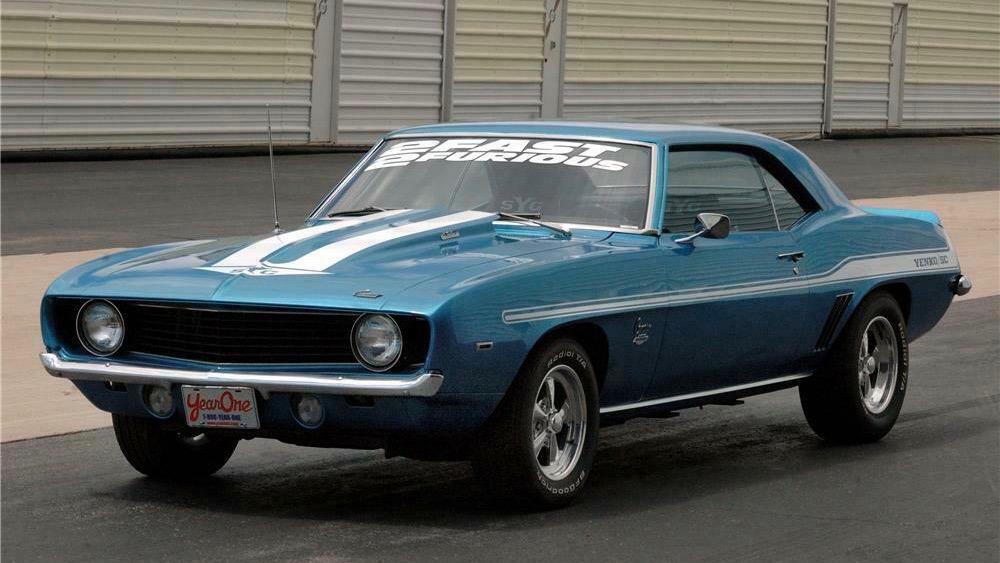 The Camaro and Dodge Challenger from 2 Fast 2 Furious

Early on, tuner cars characterised the "Fast and Furious" brand, although muscle cars have also appeared in the series.

The Camaro and Dodge Challenger from 2 Fast 2 Furious

The 1969 Yenko Chevrolet Camaro and 1970 Dodge Challenger from "2 Fast 2 Furious" are two of the most prominent examples, which are highlighted in this video by Craig Lieberman, who acted as a technical advisor for the film.

To refresh your memory, major protagonists Brian O'Conner (Paul Walker) and Roman Pearce (Tyrese Gibson) won the Camaro and Challenger in the film so they could dump their tracker-equipped Mitsubishi Lancer Evolution VII and Mitsubishi Eclipse Spyder, respectively.
Neither muscle car makes it out of the narrative alive, but the Camaro does so in style by leaping aboard a boat.

Because immaculate Yenko Camaros and Hemi Challengers are so uncommon and costly, it's crucial to highlight that the production team didn't utilise them.
Nine Camaros and six Challengers were bought by the producers, but they were already in terrible shape.
According to Lieberman, several of the shells were naked.

The Challenger received far less attention than the Camaro.
Pearce uses an ejector seat to get rid of a bad person at one point, but Lieberman claimed that was largely done using CGI.

The Camaro, on the other hand, was utilised to complete the film's climactic boat leap.
A vehicle was stripped down to its basic shell and stuffed full of expanding foam.
To achieve the jump shot, it was towed off a ramp using a tow chain, landing on water rather than a boat.
That section was shot independently and then merged with the first shot to create the whole leap.